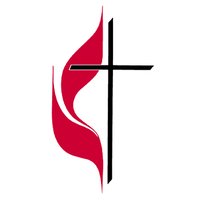 John Keith Walton, Sr., 77, went to be with the Lord on December 23, 2020. Keith was born on February 9, 1943 in Philadelphia, MS, the son of the late J. C. Walton and Claudine Ward Walton. A graduate of Philadelphia High School, he continued his education with a degree in Business Administration from Mississippi State University. He loved football and any other sport that MSU played. Keith was a member of the MS National Guard. He was married to Martha Wofford Walton, his wife of 51 years, and moved to Jackson, MS, where they began their family. They lived in Jackson, MS for 26 years then moved to Madison in 1995. Keith did his basic training as a medic at Ft. Sam Houston Texas and served in the MS Army National Guard for 6 years. He loved his family and actively supported their children in all they did, serving as a soccer coach, Boy Scout Weblo pack leader and other endeavors. His family loved boating and water sports for which Keith was known as “Captain” by some. He was an accomplished, happy, content man, a faithful servant of God, a loving husband and father, a doting grandfather, a loyal friend, and was respected for his integrity and compassion by all. Keith’s career in administration began with hospitals in Philadelphia and Union, MS. After his basic training in the National Guard, he worked briefly as the manager of United Gas in Brandon, MS. He began his 29 year career with The Travelers Insurance Company in 1968. For 18 of those years he was the manager of Part B Medicare in the State of Mississippi. Following his career with The Travelers he was with EDS as Deputy Director of Medicare in the State of Mississippi. He retired in 2003 to become the Executive Director of the Genesis House, a comprehensive residential ministry of Christ United Methodist Church to help newly released female prisoners re-enter society successfully. After a brief period as an Account Executive for Colonial Life he retired. He was an active member of Christ United Methodist Church for over 33 years, a charter member of Wesley Chapel for five years and a member of Madison United Methodist Church from 2010 until his passing. He loved his Sunday School Crossing Class and his church where he served as an usher, a member of the chancel choir, Methodist Men and served as the Cursillo Ultreya Leader. His participation in the Mississippi United Methodist Cursillo and serving as a rector for a Cursillo Weekend was a very important part of his Christian journey. He was a member of Bible Study groups over the years in the church and community and loved his brothers and sisters in Christ. His passion was prison ministry. He was a member of the first team to take a Kairos weekend into a Mississippi Department of Corrections facility, which took place in Parchman, MS in 1992. John was a faithful volunteer with Kairos Prison Ministry international for over 14 years, serving in Parchman, Central MS Correctional Facility and Yazoo City Federal prison. Survivors include his wife (Martha), Sister ( Lynn Walton Hand) of Sugar Land, Texas; Son, Jay Walton (Faith) Mandeville, LA; Daughter, Tracy Walton Gary (Troy) Walker, LA; Grandchildren, John Martin Walton (17), Elizabeth Walton (15), Anne Tucker Walton (9), Preston Worth Walton (5), of Mandeville Jamie Lynn Gary of Walker, Louisiana (14), Brandi Gary Belanger (34) and Brad Gary (31), 28 nieces and nephews and 24 great nieces, nephews and cousins. A memorial service for family only will be held in the chapel at Madison United Methodist Church in Madison, MS. In lieu of flowers, please send memorial contributions to Kairos of Mississippi, P.O. Box 986, Biloxi, MS 39533 or Alzheimer’s Mississippi, 855 S. Pear Orchard Road, Ste. 501, Ridgeland, MS, 39157.