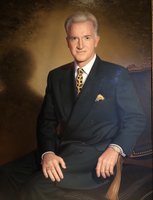 Jefferson D. Ingram Ridgeland, MS Jefferson D. Ingram, 74, passed away peacefully, surrounded by his beloved family on February 9, 2021, at his home in Ridgeland, MS. JD was born on April 18, 1946 to Bura and Daphnia Fairchild Ingram in Jones County, MS. He attended Seminary High School where he loved and excelled at all sports. JD began his career in the mausoleum industry working during the summer months of high school for McCleskey Mausoleum Associates. He quickly progressed in that company becoming a job superintendent by age 21. JD married his high school sweetheart, Bettie Davis, in 1964. They relocated to Atlanta in 1972, when he was promoted to Production Manager with McCleskey Mausoleum Associates. JD and Bettie returned to Mississippi in 1978 upon deciding to found their own business. Under JD’s leadership Ingram Construction Company, Inc. became one of the top two mausoleum design and build firms in the United States. JD was a member of Madison United Methodist Church for 43 years. During his time there he served on a number of committees and co-chaired the building committee for the design and construction of the new sanctuary. As an adult, JD’s favorite sports were golfing, hunting and fishing. Throughout his life, his most cherished times were spent with his family. JD is survived by his wife of 56 years, Bettie Davis Ingram. Two sons, Jeff Ingram, Jr. and his wife Angela, Steve Ingram and his wife Tiffany; Four Grandchildren, Steven Michael Ingram, Katelin Ingram Rawson, Alexander Chase Ingram and Jacqueline Davis Ingram; one great grandchild, Caden Rawson; Sisters, Edrine Van Dusen, Ida Lowery, Pat Holifield and Netia Crosby; Brothers, Gene Ingram and Kelton Ingram and his Mother-In-Law, Lucille Davis. JD is preceded in death by his father Bura Ingram, mother Daphnia Ingram, sisters Rose Forsythe, Jacqueline Crosby, Carolyn Forsythe, brothers, John Ingram and Michael Ingram. A private funeral service will be held on Sunday, February 14, 2021, at 2:00 p.m. at Madison United Methodist Church. A graveside service, in which the public is invited to attend, will follow in Parkway Memorial Park Cemetery and Mausoleum in Ridgeland, MS at 3:00 pm. In lieu of flowers, memorials in his name may be made to Madison United Methodist Church, 100 Post Oak Road, Madison, MS 39110.