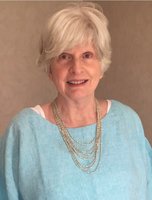 Mary Ann Canady, 77, passed away February 19, 2021 at St. Dominic Hospital in Jackson, Mississippi. She was born December 2, 1943 in Batesville, Arkansas. She was predeceased by her parents JC and Myrtle Elizabeth Chinn Canady, and by her baby brother, Jerry Lynn Canady. She was a 1961 graduate of Batesville High School, and attended Lyon College in Batesville. She graduated from Belhaven College in 2003 while working full-time, having earned enough credits for three college degrees. Mary Ann moved to Jackson, Mississippi in 1975 with her daughter, Jana, where she was employed for over 30 years at Sperry Vickers. She worked her way up from insurance clerk to human resources director while at Vickers. In 1997, she joined Kuhlman Electric in Crystal Springs, as human resources director until her retirement in 2008. Mary Ann doted on her shih-tzus, Kippi and Jasper, like they were her own children. She rescued Jasper from the Animal Rescue Fund (ARF) after her daughter gave her no choice. Mary Ann had a kind, sweet, and humble personality that never changed, no matter the circumstances. She was also fondly known for being the queen of detail, organization, list-making, and picking out just “the right” card. Mary Ann is survived by her daughter and best friend Jana Canady Bell (William) of Jackson, Mississippi; and by her grandsons Jacob Paxton Bell (Jake), and William Payne Bell (Payne), also of Jackson. She is also survived by her brother Jim Canady (Irene) of Batesville, Arkansas, along with several nieces, nephews, cousins, and dear friends. The family would like to thank Dr. Bobby Graham of Jackson Oncology Associates for his unwavering care during her valiant fight with metastatic breast cancer over the last 13 years. Inurnment will be in the columbarium at the Natchez Trace Memorial Park in Madison. A memorial service will be held in the spring, as she couldn’t stand cold weather. In lieu of flowers, the family requests that memorials be made to the Animal Rescue Fund of Mississippi (ARF), 395 West Mayes Street, Jackson, MS 39213; or to ARF online at ARFMS.ORG.