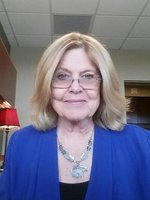 Debra Hawkins Dunigan, age 70, passed away on April 10, 2021. She resided in Ridgeland, Mississippi. She was born in Detroit, Michigan and spent her childhood in Detroit and Memphis, Tennessee. She moved to Vicksburg, MS where she attended high school at Warren Central, received her Masters of Science degree in Speech and Language Pathology at the Mississippi University for Women in Speech/Language Pathology. She spent her young adult years in Tempe, AZ and when she married, Albert (Gene) Dunigan they resided in Ridgeland, MS for 23 years together and later moved to Franklin, TN. She was preceded in death by her best friend, loving husband, Albert (Gene) Dunigan, her dear father, William (Bill) Hawkins and brother, Anthony (Tony) Hawkins. The loss of these loved ones weighed heavily on her heart for the remainder of her life. She is survived by her brother William (Bill) Lacey (Karen) and their three sons of Charlotte, NC; step-daughter Ashley (Brad) Anderson of Columbia, MS; grandson, Cole Williams of Brandon, MS; brother-in-law, Danny (Denise) Dunigan of Vicksburg, MS; brother-in-law, Billy (Rae Ann) Dunigan of Millington, TN; sister-in-law, Pat Anderson of Allen, TX; niece, Sarah Anderson of Crowley, TX and niece, Susan Dickerson of Vicksburg, MS. The kindness that was extended to her by Gene's family and their friends after his death was never forgotten. Deb was a firm believer that your friends were the greatest gifts from God and wants to acknowledge who she considered her spiritual sisters, Rhonda McHardy, of Phoenix, AZ; Denise Medlock of Hot Springs Village, AR; Lori Whitney of Denver, CO; and thank them for their decades of friendship, love and support. Her career was one of her greatest joys and proudest accomplishments; mostly because of the relationships she developed through the many positions she held throughout her life. She would always tell the associates she mentored that "companies come and go but it's the people you meet along the way that matter". She had the honor of working with so many wonderful people and rather than list them, you knew when she cared for you, not only as a colleague, but as a person. A celebration of her life will be held on Saturday, April 17, 2021 at Natchez Trace Funeral Home in Madison at 3:00 PM with visitation before the service from 1:00 PM until 3:00 PM. She looks forward, God willing, to being reunited in the next life with Gene, her family and friends. She asks that your hearts be filled with joy for her rather than sadness. In lieu of flowers, memorial gifts may be made to the association closest to your heart.