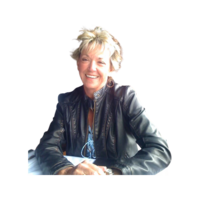 Kay Lewis-Abney, RN, MSN, PhD, CPNP, who taught hundreds of registered nurses and who cared for hundreds of patients during her long career, died October 25, two days before her birthday. She was surrounded by her family at her home on the golf course of Annandale. Kay loved her family, the nursing profession, teaching, golf, and especially her husband, Dr. Robert Abney who lovingly cared for her during her long fight with cancer and Alzheimer’s. She is predeceased by her parents, Marie and Dewitt Lewis. Survivors include her stepson Luke Abney (Alison) and Simms and Owen Abney who called her ‘Grand Kay,” her sister, Melissa Ann Burrow and two nephews, Joel and Nathan Burrow. Kay was born in Philadelphia, MS on October 27, 1948 and grew up in Greenville, MS where she graduated from Greenville High School. She graduated from the Gilfoy School of Nursing, Mississippi Baptist Medical Center in 1968. Working as a pediatric nurse, Kay became head nurse at Baptist. Kay valued the role of education and obtained her Bachelor’s in Nursing at UMMC, a Master’s in Nursing from University of Alabama, Birmingham, and PhD in nursing research from University of Texas, Austin. Kay attained certification as a Pediatric Nurse Practitioner through postgraduate education at the University of Tennessee, Memphis. For 24 years Kay served as a member of the faculty at the University of Mississippi School of Nursing. In mid-career, she expanded her role in nursing parttime to work for South MS Home Health, caring primarily for elderly patients. From 1992-2002 Dr. Lewis-Abney (Kay) worked in the Pediatric ER at UMMC Children’s Hospital, in what she considered the pinnacle of her career. She retired in 2002. Her professional involvement includes being a charter member of Sigma Theta Tau, Theta Beta Chapter, Honor Society in Nursing, was awarded Teacher of the Year for undergraduate and another for graduate level students, UMMC School of Nursing. She served as a leader in several capacities at the Mississippi Nurses Association including board member, delegate to the American Nurses Association, and teaching and consulting in continuing education. With husband Bob, Kay, gave the Mississippi Nurses Association the first considerable contribution to launch a building fund for the new Center for Nursing and offices for the association. Her retirement years were spent traveling with Bob on the Midsouth Seniors Golf Association tours. She loved playing golf and was a member of the Ladies’ Golf Association at Whisper Lake Golf Club and Annandale Golf Club. During those years, she accomplished making three (3) holes-in-ones. Tragedy struck Kay and Bob in 2006 when she was diagnosed with pancreatic cancer and began the biggest fight for her life. She worked to build her stamina, taking treatments of radiation and chemotherapy to prepare for surgery at M.D. Anderson in Houston, TX. After surgery, she returned home to continue a fight that she won and had no re-occurrence of the cancer. In 2014, Kay received the diagnosis of Alzheimer’s and began the unfair fight against it. With Bob by her side, Kay left this world long before she died on October 25. The family extends our sincere thanks and gratitude to the wonderful staff and personnel at Enhabit Hospice during Kay’s final months. Funeral services will be at Parkway Hills Methodist Church on Thursday November 10, 2022 at 10:00 a.m. The family wishes that memorials in Kay’s honor be given to Care’s Canopy School, 1465 Lakeland Dr., Jackson, MS, 39216 or The Mississippi Nurses Foundation, 31 Woodgreen Place, Madison, MS 39110.