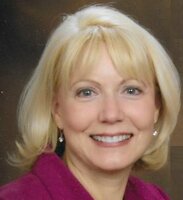 Pamela Van Dyke Beacher, loving wife, daughter, sister, aunt, mother, went to be with her LORD on November 4, 2022. She was 69. Pamela was born on October 11, 1953 in Greenville. South Carolina, the daughter of Henry and Nancy Grisham Van Dyke and the youngest of four siblings. Pamela is survived by her devoted, loving husband, Gary Robert Beacher of Young Harris, GA and two loving children, Shannon Beacher Childs (Harry) of Brandon, MS; and Ryan Gary Beacher (Deena) of Ohio City, OH. Pamela married Gary on June 30, 1972 and they spent their 50+ years together in many different cities throughout the United States raising their family. Pamela is also survived by her brothers Henry Van Dyke Jr. of Greenville, SC, Richard Van Dyke of Mobile, AL, and her twin sister, Monica Johnson of Norfolk, VA. There are also many nieces and nephews who will miss their aunt Pam. Pamela’s kind heart and infectious laugh brought happiness into many people’s lives and fostered many lifelong relationships. Pam was a compassionate, elegant woman with a down home personality. She enjoyed baking Christmas cookies for friends and family. Her incredibly active life was cut short with the diagnosis of Young Onset Alzheimer’s and Primary Progressive Aphasia. She remained active and loving until she succumbed to these diseases on November 4, 2022. Her father was a colonel in the US Air Force and her family travelled throughout her childhood. Her twin sister was her best friend and together they navigated new schools, friends, and adventures. Pam was “Miss Niceville High School” in her senior year where she met her husband to be, Gary Beacher, and was awarded a music scholarship at University of Southern Mississippi focusing on piano. After her freshman year at USM, she married Gary and moved to Ft. Collins, Colorado, where Gary was attending forestry school. Pam worked to assist in family and college expenses. They moved to Gainesville, FL shortly before she gave birth to her daughter, Shannon, in 1975. The next year, she and her family moved to College Station, TX. Pam worked for the Industrial Education Department, then for Texas A&M Research Foundation. She loved playing racquetball and assisted many graduate students by typing theses and dissertations. From 1980-84, she lived in Woodville, TX and started her first company focusing on word processing books for the Romance Writers of America. She gave birth to her son Ryan in 1982. After moving to Shreveport, LA, in 1984, Pam focused on obtaining a degree in Accounting. She attended LSUS and was the president of the Accounting Club, became a member of Phi Kappa Phi and graduated Summa Cum Laude. She was active in racquetball, softball, and running marathons. In 1989, she moved to Eugene, OR with her family and worked for Moss Adams CPA. Pam passed her CPA Exam in total on the first attempt. While in Eugene, Pam focused on her children, her career as an Accountant and Network Administrator. In 1999, Pam and her family moved to Natchez, MS. She worked as a CPA, then created and was the CEO of Advantage Medical Billing in which she involved her family. She became a master gardener and loved working on her many flower and vegetable gardens. Pamela volunteered throughout her life, putting others first, and felt that her time, love, and energy were critically important to reinvest. She was engaged with the Natchez Children’s Home where she mentored many wonderful children and young adults. Pam and her husband became very interested in scuba diving where she attained many certifications and earned her master scuba diver rating. Pam and Gary celebrated their Golden Anniversary on 06/30/2022. Services will be private. Condolences may be expressed to the family at 3018 Daves Circle, Brandon, MS 39042. In lieu of flowers, donations may be made to the Alzheimer's Association https://www.alz.org or participation at a future Alzheimer’s walk or event.