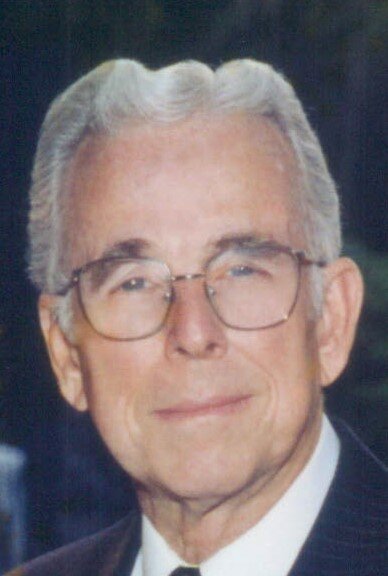 Please share a memory of Ernest to include in a keepsake book for family and friends.
View Tribute Book
On February 18, 2022, Mr. E.B. Martin passed from this time on Earth to begin his eternal life. He will be greatly missed by his family and friends. Mr. Martin was born in Grenada County on January 15, 1927, to Summie Lee Worsham and Felix Buford Martin, the first of their two children. After graduating from Gore Springs High School, he attended Mississippi State University to complete his Bachelor’s in Agriculture (1948) and Master’s in Education (1950). A decade later, he began work in the summers at the University of Alabama, Tuscaloosa, on his Ed.D. He, with family, completed a year of residency there and graduated in summer of 1963. Mr. Martin spent 30 years of his life with the public school systems of Mississippi, the final years of his career being with the Jackson Public Schools. Fall was his favorite time of the year because school was beginning. He often said that he knew God had placed him in the right career because he never dreaded going to work, seeing each day as another opportunity to make a difference in a field he knew was so important. When he retired from school work, he attended Mississippi College School of Law. After completing his law degree and the bar, he worked in oil and gas for several years, but then decided he needed to stay closer to home. Grandchildren were coming on the scene, and he wanted to be part of their lives, even being available to babysit. He sold real estate for awhile and then insurance for Physicians Mutual, but primarily, he focused on spending time with and taking care of family. He (with Mrs. Martin) attended sports games, recitals, graduations, etc., enjoying all of it. In the Martin household, recognizing one was blessed and being thankful to God, honesty and hard work were stressed. The importance of education was a given. He lived his own life accordingly. Mr. Martin was predeceased by his wife, Faith Palmertree Martin, parents, and brother, Mr. Everette Martin. He is survived by his three children, E. B. Martin, Jr., of Jackson, MS, Pam Murphy of Westminster, CO, and Sharon Martin Graham (Bobby) of Jackson, MS. He has nine grandchildren, including E.B. Martin III and Joseph Martin of Scottsdale, AZ, Tinsley Martin of Jackson, MS, Joshua Hogrewe (Sophia) of Denver, CO, Ashley Eckert (Paul) and Rachel Murphy of Westminster, CO, Jacob Graham (Elise) of Madison, MS, Aaron Graham (Allison) of Chicago, IL, and Caleb Graham of Birmingham, AL, along with eleven great-grandchildren. The family wishes to thank the many excellent physicians, other healthcare professionals who have cared for their father over the years and Dr. David Sullivan, in particular. He has taken care of our father for over twenty years with the utmost care and patience. Visitation will be held at Natchez Trace Funeral Home, Madison, MS, Friday, February 25, 2022, 11:00 am – 1:00 pm, in the visitation parlor, with funeral service to follow in the chapel at 1:00 pm. Online condolences can be given at www.natcheztracefuneralhome.com
Friday
25
February

Share Your Memory of
Ernest
Upload Your Memory View All Memories
Be the first to upload a memory!
Share A Memory
Send Flowers
Plant a Tree