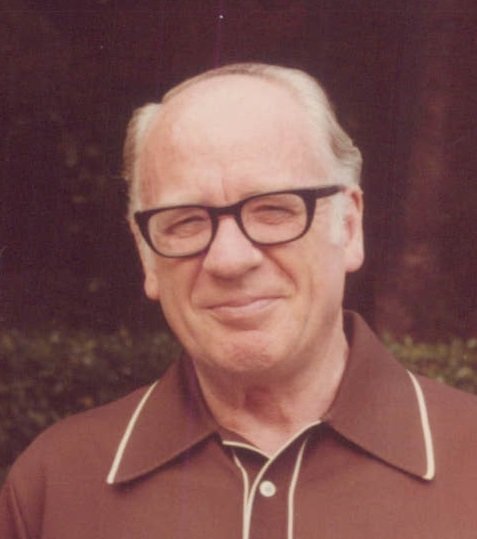 Wallace (Wally) Rhodes Avent, 98, passed away peacefully at his home on June 12, 2019 with his daughters by his side. Wally was born September 10, 1920, in Abilene, Texas. He manifested musical ability at a young age, and he became an accomplished musician playing the violin, piano, tuba, and upright bass, which earned him a scholarship at Sul Ross University in Alpine, Texas. He followed his passion for music, playing the bass and arranging for many jazz bands during the Big Band era of the 1940-50’s. During that time, he was called to serve in the United States Army during World War II, earning several medals and becoming a corporal. He fought at the Battle of the Bulge, where he was captured in December, 1944, and was a prisoner of war in Germany until his release in April, 1945. After his honorable discharge, Wally continued his musical career where he met his future wife, singer Joyce Flake, while working for the same band in St. Louis, Missouri. After his marriage to Joyce, a Jackson native, he accepted a computer operator internship with Southern Farm Bureau Casualty Insurance Company, and eventually retired 32 years later as manager of the department, with many achievements throughout his career. He was a driving force in establishing a chapter of the Data Processing Management Association in the State of Mississippi, and served a term as president. Wally and Joyce were married for 53 years until her death in 2004. He had a love for family, traveling, gardening and winemaking. He was the epitome of “The Greatest Generation,” a humble man of wisdom, integrity, and honor. He is preceded in death by his wife Joyce, son Neil Avent, daughter Katie Avent Tharp, and daughter-in-law Lyle Avent. He leaves behind two daughters, Bobbie Jo Myers (Brad), and Connie Suber; sister Dorothy Milam and brother John Avent (Joyce); grandchildren Laura Avent, Alice McBratney (Thomas), Jessica Casaver-Inman (Mike), Christina Myers Rank (Jim), and Melissa Craig (Conway); great-grandchildren Jackson, Banks, Aubrey,  and Lee. Special thanks to the caregivers at Sr. Home Care, Dr. Holland Addison, and Pam Grantham. Services will be held at Natchez Trace Funeral Home, June 17, 2019, with visitation at 2:30 PM and service at 3:30 PM. In lieu of flowers, donations may be made to Children’s of Mississippi or the American Cancer Society.

Share Your Memory of
Wallace
Upload Your Memory View All Memories
Be the first to upload a memory!
Share A Memory
Plant a Tree