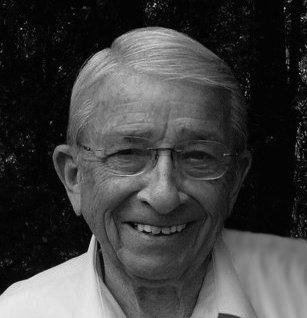 John Brice Caldwell, Sr. passed away on Friday, August 30, 2019 in Jackson, MS at St. Dominic’s Hospital. He was born in Jackson to Brice LeGrier and Mattie Mae Bass Caldwell on December 15, 1930.

John was born to love music, as he played the saxophone and clarinet in the Central High School Marching Band, The Silver Stardusters Air Force Orchestra, The Jack Jones Orchestra, The Ed Butler Band and The Jules Barlow Orchestra. Over the years if you danced the night away at Jackson Country Club, Colonial Country Club or any of the downtown hotels, you were entertained by him and by many well-known musicians. He also used his beautiful baritone voice in his church choirs at Central Presbyterian and Covenant Presbyterian churches. His favorite saying was “When you are down, just sing!”

He served in the Air Force during the Korean War. After his service to his country, he worked for the State Times newspaper, and then went on to work for the Mississippi State Rating Bureau where he retired with over 30 years of service.

As a father, grandfather and great grandfather, he set such a kind, gentle and loving example for all of us to follow. He was either whistling, humming, singing a tune and you never saw him without his contagious smile.

He is preceded in death by his parents, wife Lois Ross Caldwell, and sister Trudi Caldwell Nicholson, and survived by his children Cheryl Caldwell May (Rusty), John Brice Caldwell (Kim), grandchildren John May (Sally) and Missy May Hammond (Reed) and his great-grandchildren Molly, Maylee, Brantley, Elle, Rhett and Ashlynn.

Funeral services will be held at Natchez Trace Funeral Home in Madison on Tuesday, September 3rd.
Visitation will be from 9:30 - 11:00 a.m. Service at 11:00 in the Chapel with a graveside service to follow.

In lieu of flowers, donations may be made to St. Jude’s Children Hospital or the American Cancer Society’s Making Strides Against Breast Cancer.