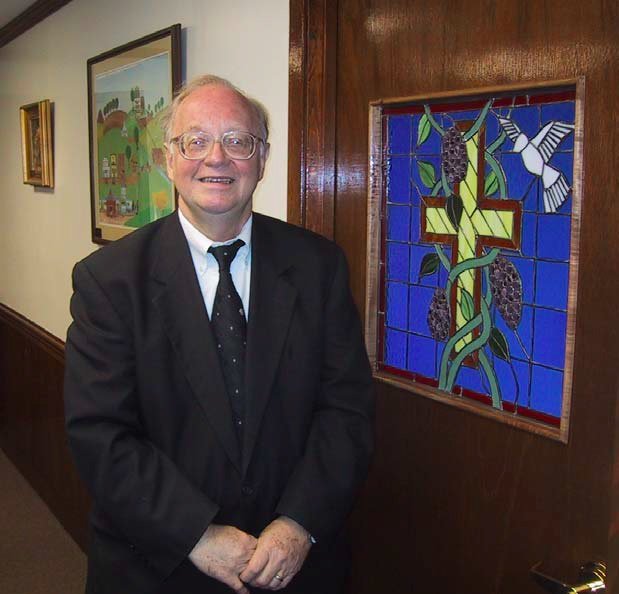 Perry Darby Sowell, a man who felt like the Lord called him to make a difference in people's lives, went to see his Maker, September 19, 2019.....and a difference Darby did make!

Darby was born January 31,1945, to James Ralph and Hazel Darby Sowell, in Canton MS. He was preceded in death by his beloved wife of 50 years, Lynda Price Sowell in 2017 and his brother, Ronald Allan Sowell who died in 2011.  He is survived by his daughter Stacy Sowell Kaiser (John) and two grandchildren, Ryan and Rachel Kaiser.

Darby worked 37 years at Goodwill Industries as Executive Director and President. Darby was dedicated to training and employing people with disabling conditions.

Darby was dearly loved by a brother and his wife, Ralph and Gloria Sowell of Jackson and a sister Judy Sowell Lucius of Baton Rouge, LA. He leaves many loving nieces, nephews, and thousands of friends who joined him in his journey in life.

A graduate of Murrah High School, Darby received a BS Degree from the University of Southern Mississippi and a Masters of Religious Education from New Orleans Baptist Theological Seminary.

As a young man, Darby spent his summers working as a missionary with children and young people in ten Baptist Churches. He taught Bible School, preschool, led music, did survey work, and counseled the Youth at Colonial Heights Baptist Church in Jackson and at the University Baptist Church in Hattiesburg. Darby was Recreation Director for Temple Baptist Church in New Orleans and served as Associate Music Director there. Darby was a substitute teacher in Orleans Parish Public Schools and was Clinical Pastoral Counselor at Southeast Mental Hospital.

Darby was actively involved In many community organizations--United Way, Keep Jackson Beautiful,  served on the Advisory Council for the State Rehabilitation, trustee of the Hinds County Economic Development District, the Mayor's Task Force on Public Safety, the Jackson Chamber of Commerce, Friends of Mississippi State Hospital, Mid City Business Association, Chaplain of Fondren Civitan Club, and chairman of his Neighborhood Association.  In 1995, Darby received an Outstanding Alumni Award from Parents for Public Schools. Darby was on the Administrative Board of Epworth United Methodist Church where he served as Sunday School Teacher, Chairman of the Men's Club, and Stewardship Committee. Darby was a member of Raymond Road Baptist Church.He loved his church and everyone in it. Here Darby attended every senior adult meeting. He went to the Joy Club Meetings, Bible Study, Sunday School Class, supported all fund raisers, and had a Golf Tournament each year to benefit Mississippi Retired Ministers and their Widows.

Darby loved people, and they loved him in return. Many came to the hospital to thank him for believing in them and teaching them life skills that have enabled them to succeed in the workplace.  Hundreds of friends from his whole life came to tell him good-bye.

Darby had eyes that saw the best in people. His loving heart forgave the worst. His soul never lost faith in God.

We will miss hearing this precious man who said each day of his life, "Everyday in Darby and Lynda Land is great!"

Share Your Memory of
Perry
Upload Your Memory View All Memories
Be the first to upload a memory!
Share A Memory
Plant a Tree