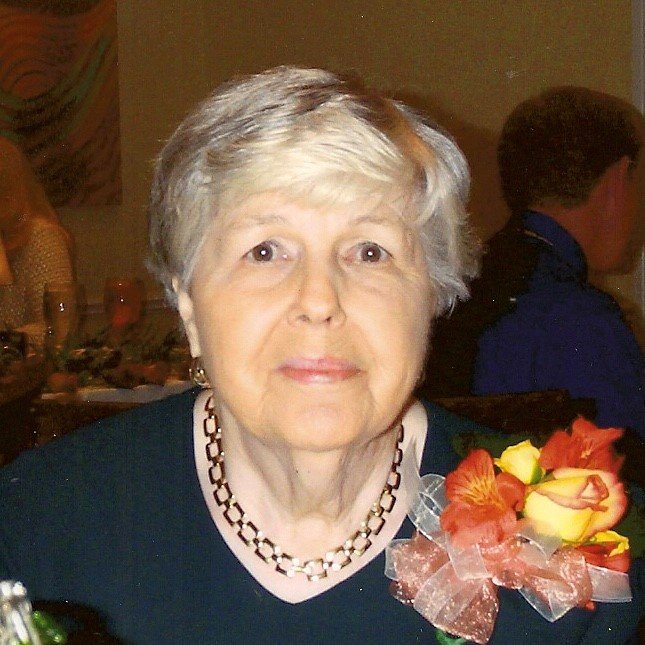 Christine Victoria (Henderson) Seyler, age 97, of Madison, MS, died on November 2, 2019 after a long and full life. Born on October 3, 1922 in Crafton, PA, she grew up in Jackson, MS during the Great Depression and graduated from Central High School.

While working as a Western Union Operator during World War II, Christine met her husband, Samuel Felix Seyler, who was stationed in Madison. They were married on November 21, 1942 and had two sons, Cliff and Jim, while living in Madison. They then moved to Hazel Crest, IL, where two more sons, Wayne and David, were born.  In 1957, they moved back to Jackson where their fifth and last son, John, was born.  Christine was very proud of her sons and would tell anyone that would listen about her “five boys”.

As a homemaker and a loving, giving mother, her life was fulfilled and each day as her family grew, her pride grew. Once her sons were grown, she went to work for McRae’s Department Stores in their accounting department where she developed long lasting friendships and showed a keen knowledge for business.

She had a deep faith and was active at Colonial Heights Baptist Church where she taught Sunday School and helped with church wide meals. Once she and Sam retired to their dream home in Madison, they were active at Madison United Methodist Church.

Caring for others was a special gift she had, celebrating each holiday and birthday with special meals and a beautifully decorated home. She loved her roses, growing her own vegetables and giving to others.

A graveside service celebrating her life will be at 1:00 pm, Saturday, November 9, 2019 at Jessamine Cemetery in Ridgeland, MS with interment to follow.

In lieu of flowers memorials may be made to the Alzheimer’s Association of Mississippi at 855 South Pear Orchard Road Suite 501 Ridgeland, MS 39157.

Share Your Memory of
Christine
Upload Your Memory View All Memories
Be the first to upload a memory!
Share A Memory
Send Flowers