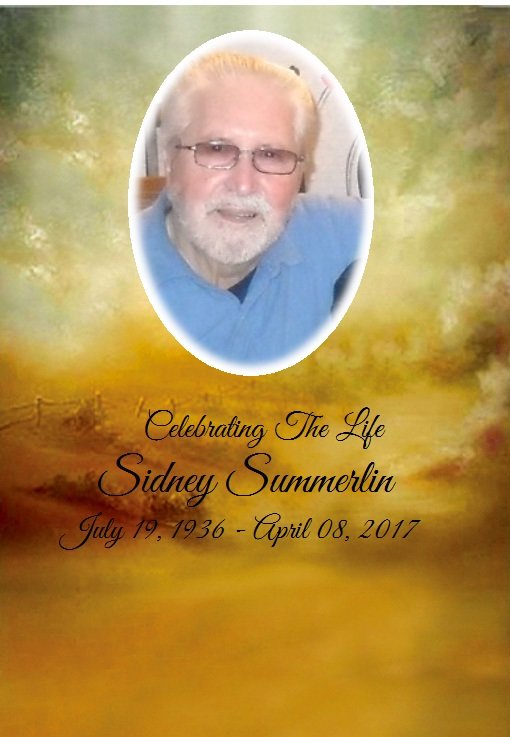 Sidney Summerlin , age 80, passed away on April 8, 2017 at St. Dominic Jackson Memorial.  He was born on July 19, 1936 to EC Summerlin and Pearl Lishman Summerlin in Kosciusko, MS. A resident of Madison since 1976, Sidney worked for 40 years as a parts supplier for GM, having worked for Blackwell Chevrolet and finally retiring from Gray Daniels Chevrolet. He had a lifelong interest in automobiles, buying, selling and restoring. The past few years he enjoyed being outside, either working in the yard or relaxing on the porch.

Visitation will be Tuesday April 11, 2017 at Natchez Trace Funeral Home in Madison from 5:00pm until 7:00pm and a gain one hour prior to the 11:00am funeral service on Wednesday in the funeral home chapel. Interment will follow in Jessamine Cemetery.

Share Your Memory of
Sidney
Upload Your Memory View All Memories
Be the first to upload a memory!
Share A Memory
Send Flowers