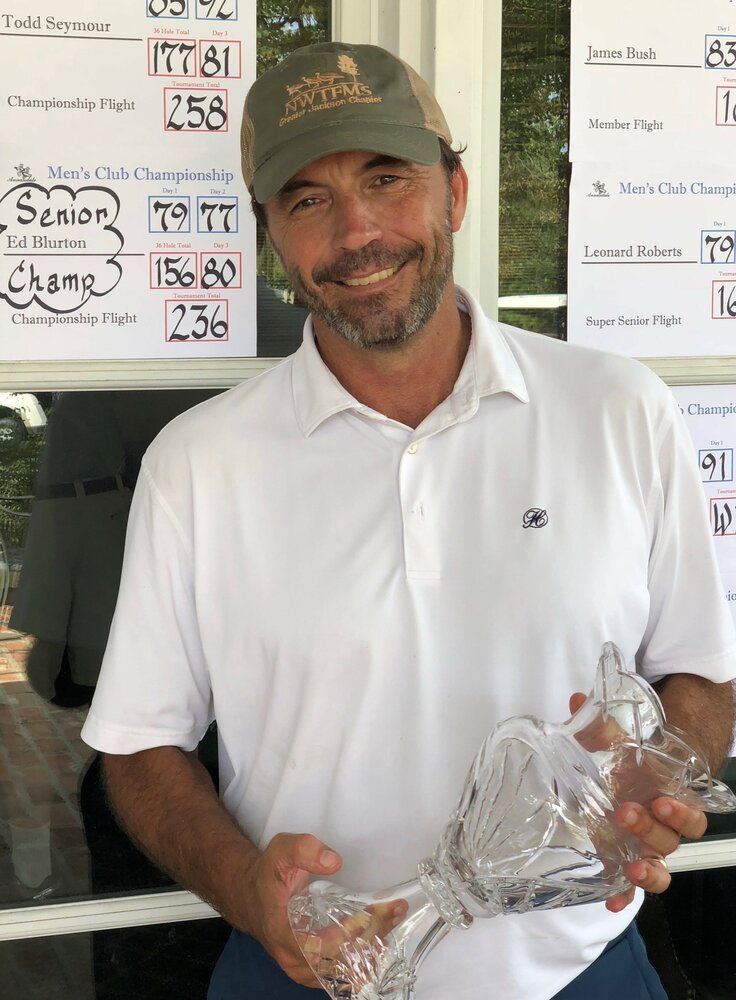 Please share a memory of Thomas to include in a keepsake book for family and friends.
View Tribute Book
Thomas Edward (“Ed”) Blurton Madison, MS Ed Blurton, 56, went home to be with the Lord on Monday, September 7, 2021, after passing away suddenly from a heart attack at his home in Madison. Ed was born on August 29, 1965, in Salisbury, Maryland, to Joe B. Blurton and Kay Blurton. After finishing high school at Madison Ridgeland Academy in 1983, Ed attended the University of Mississippi, where he was a member of the golf team, and later attended Mississippi College. In 1987, Ed joined the family construction business, Blurton, Banks & Associates, Inc., where over the next 34 years he learned and handled all aspects of the business and eventually became the owner and President. A member of Broadmoor Baptist Church, Ed was a salt of the earth, competitive man who was never afraid to get his hands dirty. He was an avid golfer and won many tournaments, including the club championships at both Annandale Golf Club and Reunion Golf Club. Ed was always happy go lucky, a great encourager of others and always put his family first. He loved traveling and spending time with his wife, his children and their spouses. Ed, most importantly, loved our Lord and Savior Jesus Christ. In recent years, he became a daily reader and studier of the theology of the Bible. Moments before he passed in his home, he was headed to his spot to pick up one of his favorite books “Mere Christianity”, which was sitting on top of another, “Union with Christ.” Ed leaves behind his loving wife of 31 years, Karen; mother Kay Varner (Don); son Edward Clark Blurton (Julie Blurton), and daughters Laura Katherine Biggs (Stephen Biggs), Addie Blurton Paczak (John Martin Paczak) and Allie Blurton; brothers Joe B. Blurton, Jr. of New Orleans, LA, and Christopher Daniel Blurton (Eileen) of Orlando, FL, and many, many dear friends. Ed was predeceased by his father Joe B. Blurton and his nephew Jeremy Daniel Blurton. A memorial service will be held at Natchez Trace Funeral Home on Friday, September 10, 2021, at 1:00 p.m., with visitation from 11:00 am to until service time. Memorials may be made to St. Jude Children’s Research Hospital; to Broadmoor Baptist; or to Reformed Theological Seminary.
Friday
10
September

Share Your Memory of
Thomas
Upload Your Memory View All Memories
Be the first to upload a memory!
Share A Memory
Send Flowers
Plant a Tree