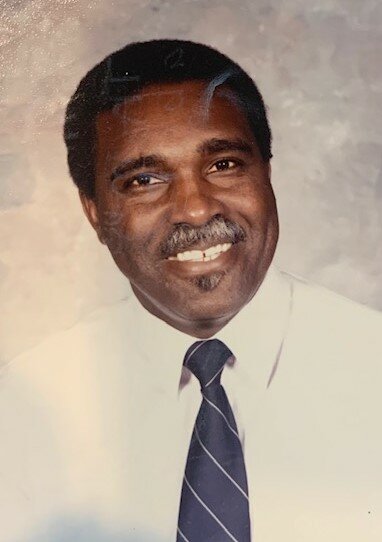 Please share a memory of Jack to include in a keepsake book for family and friends.
View Tribute Book
On September 21, 2021, the world lost a "Disciple of Compassion," when Jack Jefferson Thompson exhaled his last breath on this earth. His brother's keeper, he was exactly that. Jack had the uncanny ability to recognize and feel the pain and discomfort that others were going through; and in many cases, he would do whatever he could to alleviate their stress. Jack's life journey began when he was born to the union of Janie Lee Thompson and Percy McMurtrey in Canton, MS, on December 31, 1940. He was the second born of five siblings, two of whom preceded him in death: Eugene Thompson, and Julius Branch. At the early age of sixteen, Jack accepted Jesus Christ as his Lord and Savior. Today in Heaven, he is reunited with his two brothers, his mother, his wife Martha Wise Thompson, and other loved ones. His educational and sports experiences were the highlights of his life. Even though he matriculated and studied at Jackson State University, Delta State University, and the University of Southern Mississippi, his greatest joys and experiences came at high schools where he worked more than forty years: Rogers High, Gentry High, Madison Central, and Lanier High School. Over the years he received many honors and accolades 5 times "District Baseball Coach of the Year," 4 times Good Apple Teacher, 2 times "Teacher of the Year," and once the school's "Star Teacher." Today he leaves to cherish the good times: Ex. wives Catherine Thompson (Canton, MS) and Mary Thompson (Brandon, MS); two sons, Tyrome Thompson, and Alonzo Thompson, two daughters, Felicia Thompson (Forest, MS) and Veronica (Tim) Scott (Biloxi, MS); one brother, Theo "Pig" (Pastor Delores) Thompson (Pickens, MS); one sister, Francis Sojourney (Canton, MS); step-son, Elsie M. Luckett (Springs, TX); four grandchildren and a legion of in laws, nieces, nephews, and other relatives. Today Jack Thompson is somewhere in God's Kingdom so let's celebrate his home going.
Monday
27
September

Share Your Memory of
Jack
Upload Your Memory View All Memories
Be the first to upload a memory!
Share A Memory
Send Flowers
Plant a Tree