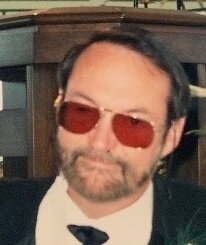 Please share a memory of Gary to include in a keepsake book for family and friends.
View Tribute Book
Madison – Gary M. Schaefer passed away October 17th, 2021. He was born in Indianapolis, IN on April 7th, 1945 to the late Raymond and Verna Bernice Schaefer. Gary is survived by his loving partner and caregiver Judy Douglass; sons and their spouses, Chris (Maria) Schaefer and their children, Jacob, Michael, and Madison of Warren, OH; Anthony (Huong) Tran and their children, Tiffany, Tommy, Alexander, and Trixy of Frederick, MD; a sister, Terry Fraley of Indianapolis, IN. He was preceded in death by his two brothers, James H. Schaefer and Raymond E. Schaefer and by his beloved dog Sparkle. Gary, a graduate of Mississippi State University, worked for the Mississippi Forestry Commission. Upon retirement, he spent two years in Africa teaching the art of growing bamboo followed by a fulfilling career as a science teacher on an Indian reservation in Sanders, Arizona and in Bowie, Arizona. His hobbies included woodworking, running, traveling, and horses. He had particular affection for his beloved horse named Brandon. The family can still hear his chants of let’s go Brandon. Visitation will be Friday October 22nd at 2:00pm at Natchez Trace Funeral Home until the time of service at 4:00 p.m.
Friday
22
October

Share Your Memory of
Gary
Upload Your Memory View All Memories
Be the first to upload a memory!
Share A Memory
Send Flowers
Plant a Tree