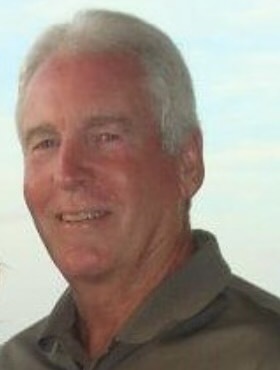 Please share a memory of James to include in a keepsake book for family and friends.
View Tribute Book
James Robert “Jim” Simpson, Jr., age 67, passed away unexpectedly on Sunday, January 16, 2022, at his home in Madison, MS. He was born on June 17, 1954, in Gulfport, MS to James Robert Simpson, Sr. and Lorraine Daws Simpson. Jim was married to Sandi Null Simpson for 43 years before her death in 2020. In addition to his beloved wife, he was preceded in death by his parents and his sister, Dr. Linda Simpson Barkett of Brandon, MS. He is survived by his three daughters—Jennifer Simpson Griffin (Brantley) of Birmingham, AL, Amanda Simpson Granberry (Michael) of Brandon, MS, and Ashley Nicole Simpson (fiancé’ Chip Coman) of Birmingham, AL; four grandchildren—Colson Walker and Kase Simpson Griffin and Tenley Michelle and Tucker Simpson Granberry. Jim was a graduate of the University of Southern Mississippi where he obtained his degree in architecture and was a member of the baseball team. He spent many years as a professional water skier. The majority of his career was spent as a building contractor. He was an avid sportsman who loved hunting with his girls and grandchildren, fishing, and playing golf with his friends and sons in law. He loved to cook and his favorite times were with his family gathered around the table. Jim and Sandi were longtime members of Broadmoor Baptist Church. The family will greet visitors on Wednesday, January 19 from 4 – 6 p.m. at Natchez Trace Funeral Home.
Wednesday
19
January