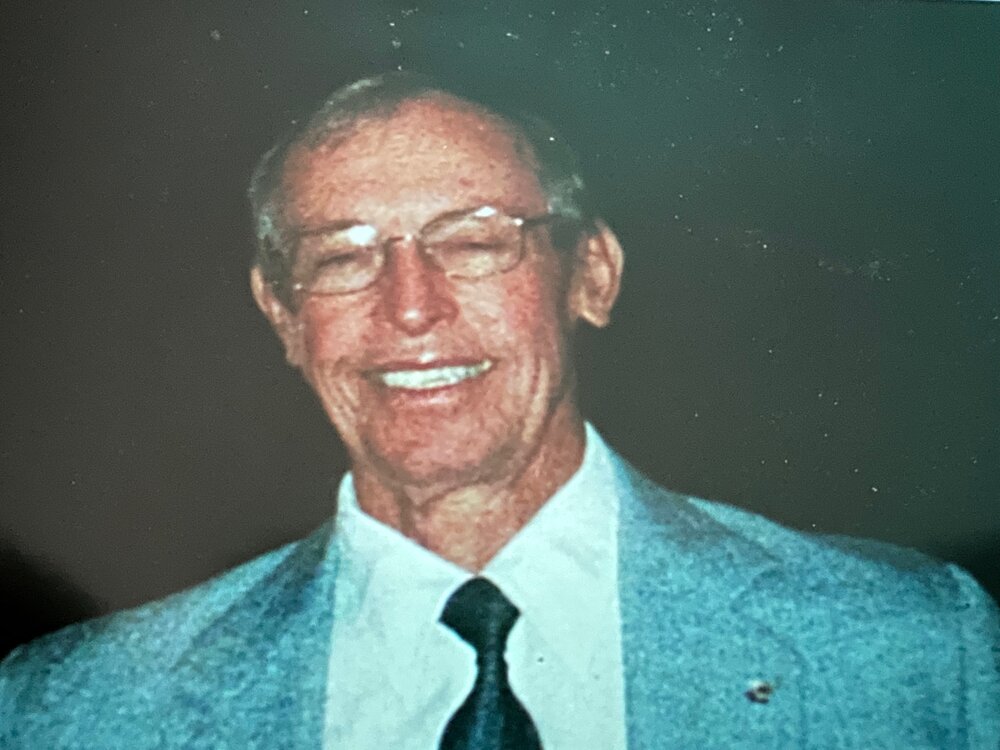 Please share a memory of James "Jim" to include in a keepsake book for family and friends.
View Tribute Book
James Lionel “Jim” Brundege, 94, passed away on January 18, 2022. Jim’s life will be celebrated at 11:00 a.m. on Friday, January 21, at the Natchez Trace Funeral Home, 759 Highway 51 in Madison, Mississippi. Visitation will begin one hour prior to the service. Jim was born on August 16, 1927, in Ingalls, Arkansas, to Lionel Enis and Dula Johnson Brundege. A longtime resident of Madison, Mississippi, Jim most recently lived at the Mississippi State Veterans Home in Kosciusko, Mississippi. Jim’s family moved to Eureka, Missouri, when Jim was a child. He was educated in the Eureka public schools, graduating from Eureka High School in June of 1945. He immediately volunteered to serve in the U.S. Navy and was stationed in the Philippine Islands. Following his military service, Jim attended Washington University in St. Louis, Missouri, and was graduated from the St. Louis College of Pharmacy. Jim married Dorthy Grace “Dot” Imler on June 23, 1951. A Navy reservist, Jim was called to serve in the Korean Conflict. He and Dot briefly lived in San Diego, California, before Jim was sent to serve as a medical corpsman on the border between today’s South and North Korea. He was responsible for providing primary medical care to U.S. Marines. Jim often commented that his memories of Korea rarely matched the popular T.V. show MASH. Upon receiving his honorable discharge, Jim accepted a sales position with Merck, Sharpe & Dohme pharmaceutical company. His more than 30-year career with Merck took his family from St. Louis to Chicago, Illinois; Dallas, Texas; and finally to Jackson, Mississippi, in 1971. Jim retired in 1990 after serving as a District Sales Manager for more than 20 years. Jim and Dot moved to Madison in 1980. They loved Madison and actively engaged in its community life, including participating in an official visit to Madison’s sister city of Solleftea, Sweden. A longtime member of the Madison Lions Club, Jim served as its president in 1996-97 and he was the zone chairman in 2003-04. Jim loved to play golf and was modest about his golfing skills. However, he proudly displayed his hole-in-one golf ball in his office for many years. Jim will be remembered by his family and friends as a good man with a hearty laugh and a smile that lit up a room. He was widowed in 2013 at Dot’s passing. He is survived by his son, Richard Brundege and his wife, Kristie, of Madison; his daughter, Judith Brundege Mayer and her husband, Frederick, of Baton Rouge, Louisiana; and his grandchildren, Ross Brundege and Heath Brundege of Starkville, Mississippi, Cole Brundege of Dallas, Texas; Karen Mayer Woods of Charlotte, N.C., and Dr. Christen Mayer of Madisonville, Louisiana. The family thanks the dedicated staffs of the Mississippi State Veterans Home and Baptist Memorial Hospital-Attala in Kosciusko for their care and support of their father and grandfather. In lieu of flowers, the family requests memorial gifts be sent in Jim’s honor to a favorite charity.
Friday
21
January

Share Your Memory of
James "Jim"
Upload Your Memory View All Memories
Be the first to upload a memory!
Share A Memory
Send Flowers
Plant a Tree