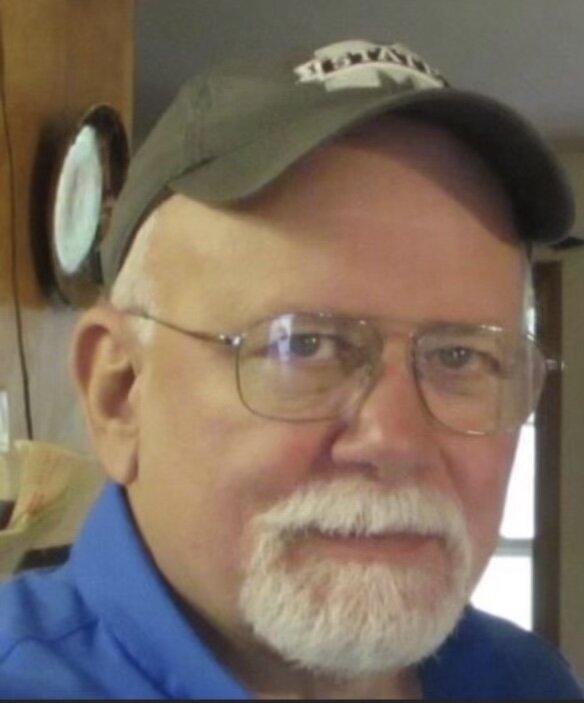 Please share a memory of Christopher to include in a keepsake book for family and friends.
View Tribute Book
Christopher Dale Wells, 73, of Madison, passed away on February 2, 2022, at Merit Health River Oaks. Chris was born on January 28, 1949, to Raymond Lawrence Wells and Candis Vanderslice Wells in Waukegan, IL. He moved to Mississippi at a young age. He graduated high school and joined the US Army where he served in Vietnam. Following an honorable discharge, Chris began a career in the railroad industry where he retired as an Engineer from the KCS Railroad. He was an avid MSU football fan and enjoyed hunting and fishing. Christopher is survived by his daughter, Bethany McBeth (Jonathan); sons, Christopher Dale Wells, Jr. (Laura) and David Wells; grandchildren, Evie Wells, Katie Wells, Collin McBeth, Hines Wells, Grayson Wells, Jordan McBeth, Liam McBeth, and Ridge Wells; sisters, Roseann Prepelica, Kathy Stephens, Marietta Horton, Judy Eberhardt, and Bridget Williams; and brothers, Greg Wells, Larry Wells, and Jerry Wells, and numerous nieces and nephews. He was preceded in death by his parents and his first wife and mother of his children, Laura Allen Wells and Carman Kelley Wells, whom he married later in life. Visitation will be Monday February 7, 2022, at Natchez Trace Funeral Home from 12:00 pm until 2:00 pm with a funeral service in the funeral home chapel at 2:00 pm. Interment will follow in Natchez Trace Memorial Park Cemetery with military honors.
Monday
7
February

Share Your Memory of
Christopher
Upload Your Memory View All Memories
Be the first to upload a memory!
Share A Memory
Send Flowers
Plant a Tree