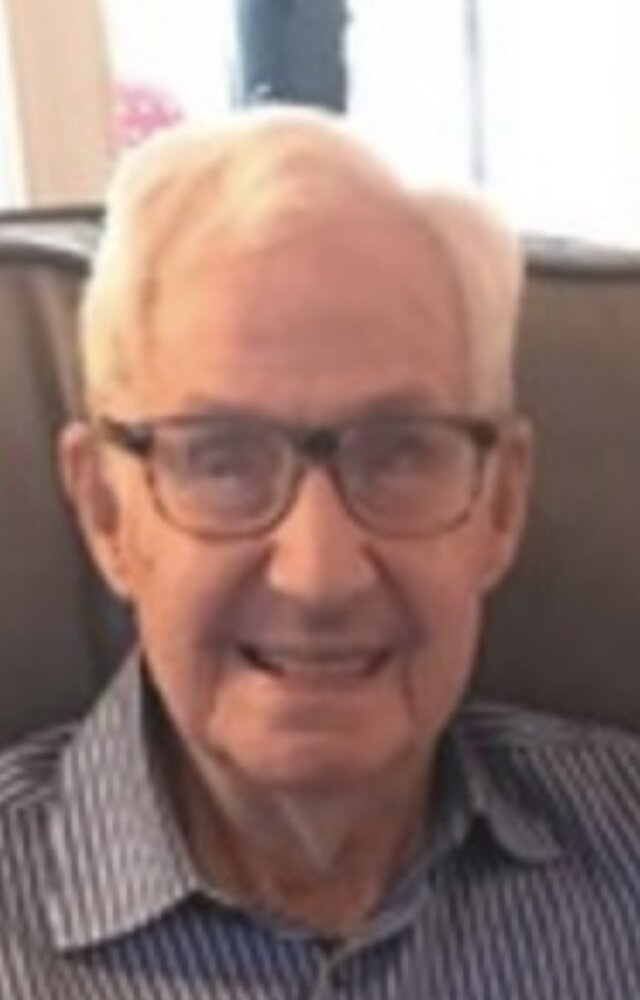 Please share a memory of H. to include in a keepsake book for family and friends.
View Tribute Book
On February 28, 2022, Horace Haywood McIntosh passed away at Hospice Ministries in Ridgeland, MS, at the age of 96 years old. Haywood was born in Columbus, GA, on January 6, 1926, to Annie Pearl Morris McIntosh and Horace Chester McIntosh. During his formative years, the McIntosh family lived in several states, including Texas, Alabama, Florida, and Georgia. By his senior year of high school, the family had settled in Mobile, where Haywood attended Murphy High School and met the love of his life, Evelyn Forrestine Hammond of Pritchard, AL. After graduation in 1944, he went into the United States Navy, studying to become a naval aviator through the V-12 program. At the end of World War II, Haywood returned to civilian life and studied Business at Auburn University. On February 24, 1948, he married Evelyn and they started their life together. After several years working for the GM&O Railroad, he moved his growing family to Laurel, MS, where he worked in the transportation department at the Masonite company. In 1961, he and Evelyn—now with three kids—moved to Yazoo City, working first for the Southland Oil Company, and then with Mississippi Chemical Corporation, where he spent over a quarter of a century. During that time in Yazoo City, he became involved in various ministries at First Baptist Church. He was a regular fixture on the golf course, exhibiting a love for the game that lasted throughout the rest of his life. He was also an avid bowler, tennis player, and runner, completing too many 5k and 10k races to count. Haywood was predeceased by his wife, Evelyn, his parents Annie and Chester, his brother Donald Gene, and his great-granddaughter Hannah Pearson McNichol. He is survived by his three children, Woody McIntosh (Peggy), Chuck McIntosh (Regina), and Beth McIntosh Ricker (Mike), all of Madison, MS. He also leaves behind seven grandchildren: Lauren McIntosh McNichol (Sean) of Madison, Anne Elise McIntosh Ray (David) of Meridian, Paige Prisock Cannon (Josh) of Starkville, Bailey Prisock Morgan (David) of Madision, Josh McIntosh of Gluckstadt, Brittany Ricker of Clinton, and Briana Ricker of Clinton. He was also proud of his seven great-grandchildren: Jack, Kate, Scott, Amanda, Price, Baker, and Charlie Mack. The family wishes to thank the many excellent physicians and healthcare professionals who took care of our dad as he went through these last five months. In lieu of flowers, please consider a donation to The Little Light House, Central Mississippi.
Thursday
3
March

Share Your Memory of
H.
Upload Your Memory View All Memories
Be the first to upload a memory!
Share A Memory
Send Flowers
Plant a Tree