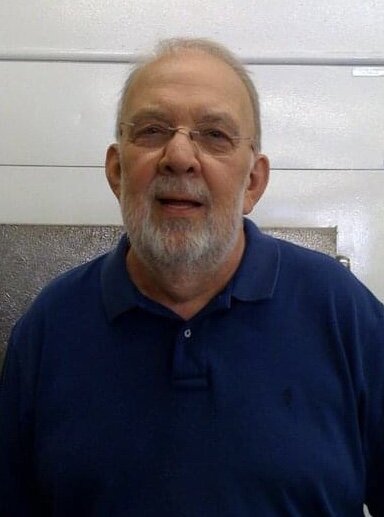 Please share a memory of Terrance to include in a keepsake book for family and friends.
View Tribute Book
Terrance Fredrick Manke (Terry) passed away on April 2, 2022, at the age of 79 at the Bedford Care Center. Terry was born on May 12, 1942, in Milwaukee, Wisconsin. Terry eventually ended up moving to Mississippi, where he met Helen Canton. Terry and Helen were married on November 3, 1989, and lived in Brandon, Mississippi, as well as Finland and Italy for several years. Terry was retired from Jr. Food Mart, where he worked as Vice President for many years. Terry enjoyed watching sports, including football, basketball and baseball. He was an avid Green Bay Packers fan and a New Orleans Saints fan. Terry enjoyed boating and the outdoors. Terry was very talented in woodworking and enjoyed time in his shop. Terry loved dogs and loved spending time with his cocker spaniel, Amber. Terry is survived by his beloved wife, Helen. He is also survived by his daughter Jennifer Lee (Scott), daughter Beth Miller (Omer), son Spencer Manke (Juli), son William Canton (Adena), son Brian Canton (Mandy), brother Allen Manke, and Gena’ Canton. Terry leaves behind grandchildren, Trevor and Spencer Lee, Jackson and Jillian Manke, Bradley Canton, Brennan Canton, and Chase Canton. Terry also leaves behind his beloved dog, Amber. There will be a private family service. In lieu of flowers, the family requests donations be made to Cheshire Abbey Rescue in memory of Terry, due to his love for dogs. Donations can be made via check, PayPal or Venmo. Cheshire Abbey PO Box 16330 Jackson, MS 39236 PayPal cheshireabbey@gmail.com Venmo cheshireabbey

Share Your Memory of
Terrance
Upload Your Memory View All Memories
Be the first to upload a memory!
Share A Memory
Send Flowers
Plant a Tree