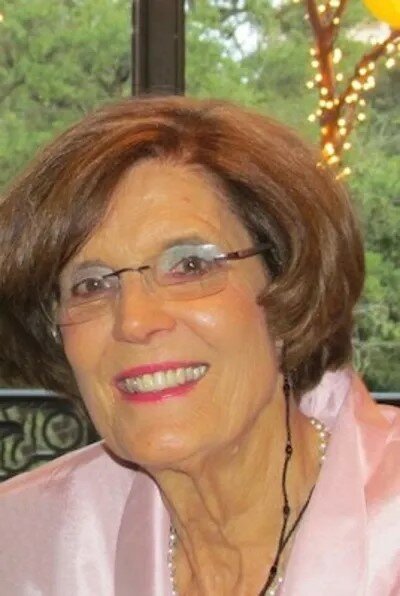 Please share a memory of Peggy to include in a keepsake book for family and friends.
View Tribute Book
Peggy Ruth May Majure of Jackson was born on December 13, 1938 and passed away peacefully on April 16, 2022 surrounded by her family. On April 6, 1958, she married the love of her life, William Wright "Bill" Majure, and they spent the next 64 years of their lives together. In 1966, Peggy and Bill moved from Canton to Grenada, Mississippi where they raised their children - Kay, Lisa, and Billy. While living in Grenada, Bill owned and operated Majure's Shoes. Ahead of her time, Peggy opened The House of Fashion. Both of their stores were prominent businesses on Grenada's Downtown Square for nearly three decades. Peggy did it all - she ran The House of Fashion and was an incredible wife and mother. She never missed an opportunity to be actively involved in her children's activities. While her kids were growing up, Peggy was known as the "Cool Mom" and all of their friends wanted to hang out at "Peg's" house. And when they did, friends and guests would always be welcomed to a home-cooked meal. In the Majure family tradition, much love, laughter, and great stories were a part of every family gathering. The Majures moved to Jackson in 1994 and pivoted their careers to owning and managing rental properties. During the next season, Peggy was delighted to take on a new role as grandmother to seven grandsons, and she took tremendous joy in being affectionately known as "Gran". Even as grown adults they all maintained a special bond with her. In time, all the grandchildren (and future spouses) would come to learn about "The Gran Talk" where she would give the Majure family marriage expectations, financial advice and would be quick to ask how soon until the great-grandchildren! She was a member of Christ United Methodist Church and belonged to the New Yorkers Sunday School class. Peggy was preceded in death by her parents Morrison and Billie Ruth May. She is survived by her beloved husband, Bill, brother Kersh May of Cascilla, sister Patricia Hicks of Hattiesburg, her daughters Kay McRee (Richard) of Madison and Lisa Garrison (Jim) of Madison and son William Wright "Billy" Majure, junior (Beth) of Mobile, as well as her seven grandsons Kirk McRee (Annie) of Mobile, Mark McRee (Carley) of Madison, Coyt Garrison (Mary-Michael) of Jackson, Caleb Garrison of Dallas, Will Majure (Hannah) of Nashville, Emerson Majure of Dallas, and Christopher Majure (Paden) of Atlanta. Peggy is also survived by her five great-grandchildren Katie, Sandy, and Fulton McRee of Mobile and Majure and Burkley McRee of Madison. Visitation will be held on Tuesday, April 19, 2022 10:00 a.m. - 11:30 a.m. at Christ United Methodist Church, 6000 Old Canton Road, Jackson, followed by graveside service at Natchez Trace Cemetery, 759 Hwy 51, Madison. With grateful hearts, in lieu of flowers, the family respectfully requests that memorials be made to Christ United Methodist Church or the Majure-McRee Endowed Scholarship at Mississippi State University.
Tuesday
19
April

Share Your Memory of
Peggy
Upload Your Memory View All Memories
Be the first to upload a memory!
Share A Memory
Send Flowers
Plant a Tree