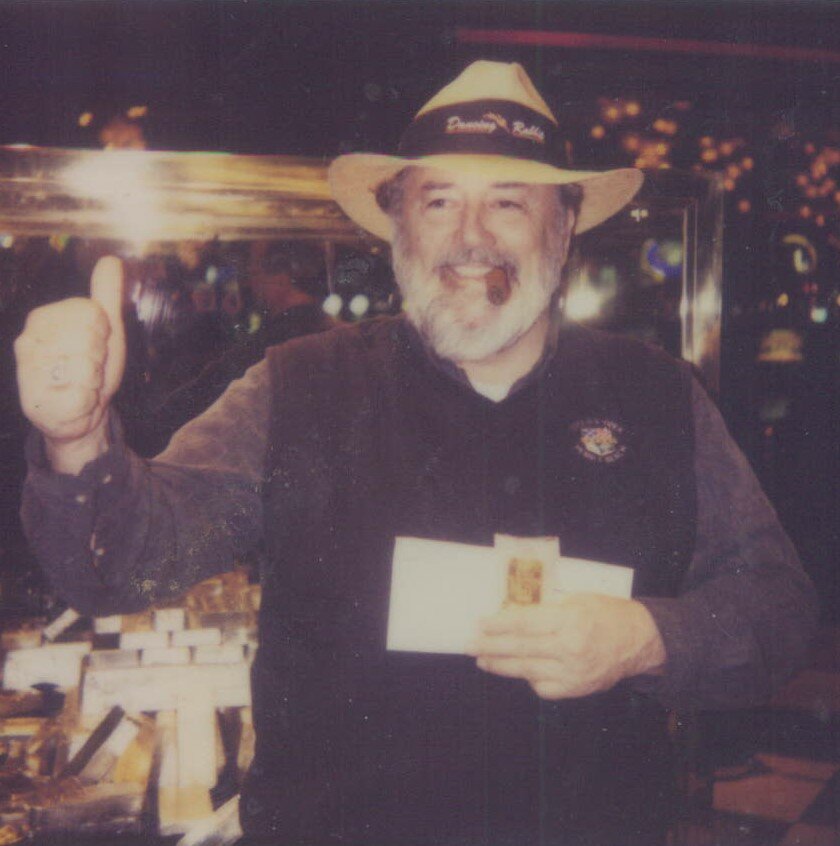 Please share a memory of Herbert to include in a keepsake book for family and friends.
View Tribute Book
Herbert Allen Kelso, age78, passed away on May 3, 2022 after a 4 month hospitalization with Myasthenia Gravis and many other complications at the University Hospital in Jackson, Mississippi. He was born on January 5, 1944 in Knoxville, Tennessee. He loved playing football and was the quarterback for the Rule High School team. After high school he attended UT then left to pursue other adventures. He had Kelso Construction Co. and did demolition work during one period of time. In the early 70s he left Knoxville after closing businesses and was driving to the Mississippi beach where he saw a sign that Lynn Anderson was performing. Herb stopped at the Coliseum and stayed in the area for the rest of his life. He had several businesses involving golf and golf course construction and was the Club Car Distributor in Mississippi for some years. Herb was an avid golfer and played for high limits and loved to bet with his friends. Poker was one of his loves and played in many tournaments. He would bet on almost anything, for instance spitballs tossed in a cup. He often said the Frank Sinatra song, “My Way” and Elvis “Lord, you gave me a mountain” were his favorites. Herb saw Elvis live over 200 times. He flew to Las Vegas every week for years and would see 2 shows nightly of Elvis when he appeared. Phil Michelson was his favorite pro golfer and Steve Spurrier was the ”greatest” coach. One accomplishment was the Baron Hilton golf tournament he designed and played in till the early 90s. At this time he was playing high stakes poker in Mississippi and was in a game with his friends in Indianola with no rake (percentage of the game) and the U S attorney of the Northern District sent a strike force to the game in the home of a wealthy catfish farmer and eventually charged Kelso with RICO ACT for putting his winnings in his businesses and playing cards with his friends. He paid his taxes through his company. They confiscated his business and sold them at auction before the trial. After delaying the trial many times the trial was held in Oxford and the jury acquitted him 12 to nothing in record time. The U S has yet to return his belongings or money and caused him much stress. His attorney at that time said he would get back what was left if he would sign a statement saying that the U S had probable cause. Kelso refused. Herbert was preceded in death by Herbert Andrew Kelso, father and Lois Bethany Kelso, mother, T.J. Kelso, brother, Bunny Turner, sister, Bobbie Kennedy, sister, June Conner and Donald Kelso, brother. He is survived by his loved one, June Rimes Thaggard, of 30 years, 13 years together and then married in 2005 by an Indian chief, three sisters, Nancy Beasy, Betty Cleveland, and Diane Jackson and 14 grandchildren, who loved him dearly. Hannah Thaggard will give the eulogy. Visitation will be held Saturday, May 21 at 2pm at Natchez Trace Funeral Home followed by a graveside service and entombment in Natchez Trace Memorial Park Cemetery where anyone who wishes to speak may do so. A Memorial in Knoxville will be held at a later date. There were some that still owed Herb money from the games and bets before the trial and if they would like to clear their debt they can contribute that amount to Habitat for Humanity.
Saturday
21
May

Share Your Memory of
Herbert
Upload Your Memory View All Memories
Be the first to upload a memory!
Share A Memory
Send Flowers
Plant a Tree