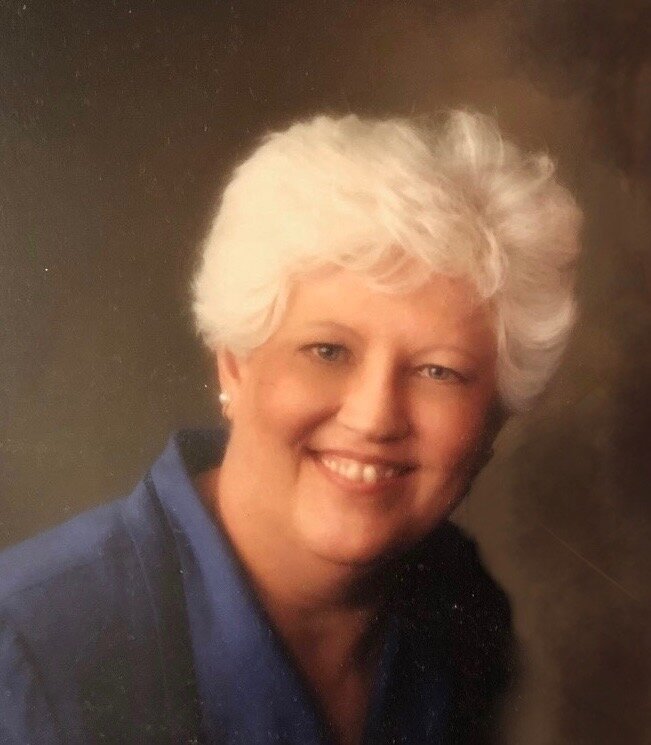 Please share a memory of Barbara to include in a keepsake book for family and friends.
View Tribute Book
BARBARA ELIZABETH BEASLEY SIMS February 12, 1944 – June 10, 2022 Barbara Elizabeth Beasley Sims was born February 12, 1944 in Dyersburg, Tennessee. She was the third of four daughters born to Ora and Virginia Beasley. While her parents were native Mississippians, she grew up in Sandpoint, Idaho where the family was located for many years with her father’s work. She attended the University of Idaho before the family moved back to Mississippi. She would later marry and have one son, Trae. She was a most devoted and loving mother. She provided an example to Trae and taught him to set your goals high, to be focused and determined to do the work necessary to achieve those goals, but to prioritize enjoying and loving your family. She loved her family more than anything. She remained very close with her sisters, calling and visiting often. Family holiday gatherings spent with her sisters and their families were treasured times for her. In later years, she looked forward to the annual “sisters’ trip” that she would take with her three sisters, combining her love of spending time with her sisters with her enjoyment of travel. She passed on her love of travel to Trae, though they differed on the best mode of transportation. She enjoyed driving cross country because “you get to see the country”, compared to Trae who preferred to fly and “see it when I get there”. This difference was especially apparent when she and Trae drove from home in Lucedale, MS to Sandpoint, Idaho for her high school class reunion. She really wanted to take that trip as indicated by tolerating a 12 year old son with age-appropriate and less than ideal attitude about a multi-day drive across the country. In later years this experience, however, would become a fond memory for both. Barbara so loved being a grandmother. She doted on Karenna and Jack. She would visit often and wanted to spend as much time as possible with them. Grandmother especially enjoyed the times when she would have them to herself in Lucedale for a long weekend or more. Then, they would be spoiled beyond their wildest dreams and consume more sugary treats than they could imagine. She loved people and the Christmas holiday. She was able to combine these two loves each Christmas season by providing free tours of her fully decorated home, featuring her Louis Nichole Victorian doll collection and a tree in every room. Barbara also loved Elvis Presley. Not merely a casual fan, she became the complete fanatic when it came to Elvis. She followed his career from beginning to end, attending concerts when he was just beginning until his last concert tour. She purchased literally every album he ever made, some requiring great efforts in order to secure. She visited Graceland many times while Elvis was alive, standing outside the gates, hoping just to catch a glimpse. On one such visit, not being content with standing outside the front gates, she learned of the secret back entrance to the garage area behind the mansion. She apparently didn’t notice the “no trespassing” signs as she made her way up the rear drive. While she didn’t see Elvis there, she did meet Elvis’s aunt who did not share Elvis’s magnetic personality and apparently doubled as an amateur security guard. Elvis cassette tapes and later CDs were always nearby whether at home or in the car. Barbara later acquired satellite radio solely because she heard they had an Elvis channel. She spent most of her adult life as a business woman in Lucedale. Barbara helped start and run a photography business and also owned and operated a women’s clothing store. She was well known in the community for her contributions of time and talents to various interests and activities. She lived her life as the Christian that she was. Her Christian faith was the most important thing about her. That faith is also how we know that we will see her again and what gives us the certainty that she has now been reunited in Heaven with the family members who were there waiting to welcome her. In her later years in Lucedale she was very close to the Scott Hicks family, whom she loved and who loved her. Barbara was predeceased by her parents Ora and Virginia Beasley, her sister Shirley Walters, her niece Shannon Conner, and her brother-in-law Sam White. Left to cherish her memory are her son, Trae, daughter-in-law, Kim, her grandchildren, Karenna and Jack; her sisters Patricia White and Carolyn Stuart and brothers-in-law Mike Stuart and Ronald Walters; Trae’s father, John (Cheryl) and a host of nieces, nephews, great-nieces and great-nephews. In lieu of flowers, the family asks that you consider a donation to the Mississippi Chapter of the Alzheimer’s Association, or to the children’s charity of your choice.

Share Your Memory of
Barbara
Upload Your Memory View All Memories
Be the first to upload a memory!
Share A Memory
Send Flowers
Plant a Tree