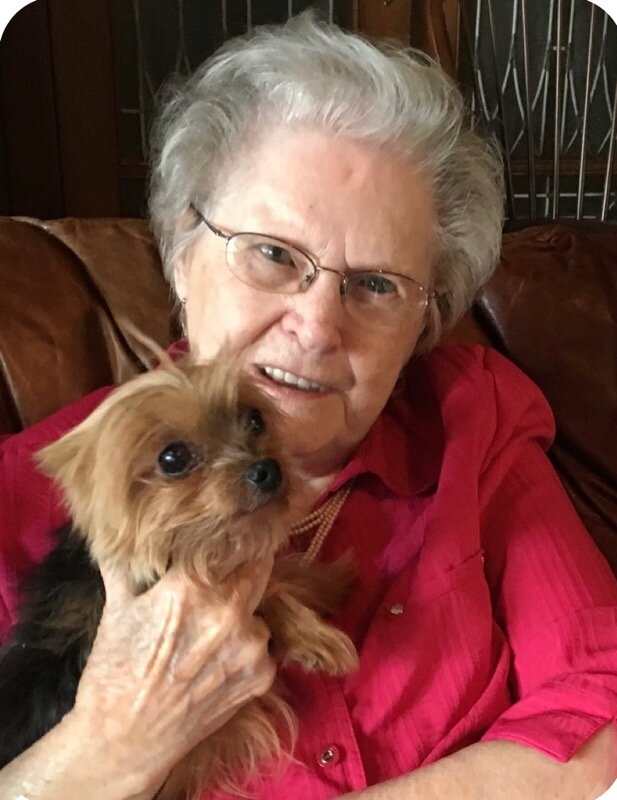 Please share a memory of Ernestine to include in a keepsake book for family and friends.
View Tribute Book
July 24, 1926 – August 8, 2022 Ernestine Ward Byrd, 96, of Madison, Mississippi passed away on Monday August 8, 2022, at her home at Sunnybrook Estates with her daughter by her side. Ernestine was predeceased by her husband of 75 years, Luther A Byrd. Ernestine was also predeceased by her parents, Travis and Effie Ward of Eden, Mississippi, her brother Warren Ward of Yazoo City, Mississippi and her sister Hazel Johnston of Benton, Mississippi. Luther and Ernestine started their life together in Lexington, Mississippi where they were members of Beulah Baptist Church prior to becoming charter members of Briarwood Drive Baptist Church in Jackson. Most of their years were spent in Jackson where Luther worked at Sperry Vickers, Inc. In later years they moved to Madison, MS and attended First Baptist Church of Madison. For the last seven years, she has called Sunnybrook Estates her home. Survivors include Sons, Wallace (Wally) C. Byrd, Alvin W. Byrd (Tasha), Ricky D. Byrd (Stefanie) and daughter Anita Byrd Ellis (Johnny). She is also survived by her grandchildren Tanya E. Willis (Stephen), Vonnie J. Ellis, Joshua Byrd (Kristy), Sarah Byrd Crompton (Witt), Zach Byrd, Travis Byrd, Gavin Howell and Lane Martin, and her great-grandchildren Drew, Austin, and Ashlyn Willis, Gia and Jack Ellis and Londyn Claire Byrd.
Saturday
13
August

Share Your Memory of
Ernestine
Upload Your Memory View All Memories
Be the first to upload a memory!
Share A Memory
Send Flowers
Plant a Tree