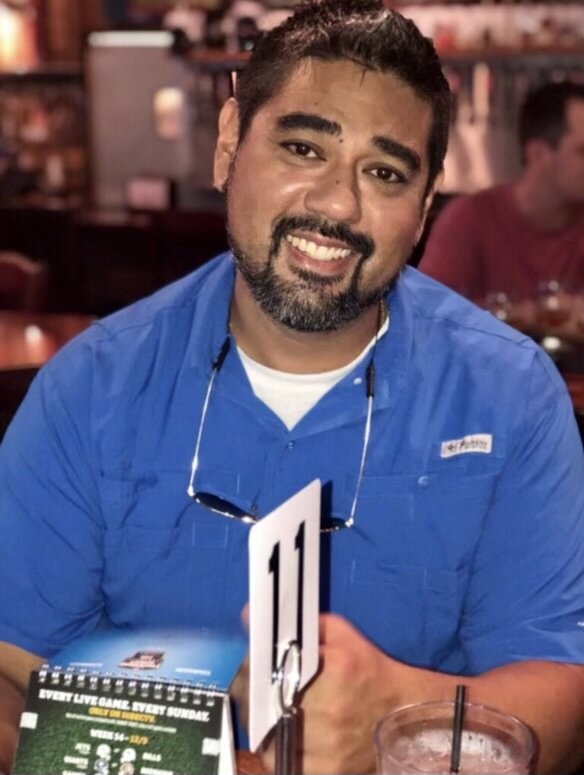 Please share a memory of Javier to include in a keepsake book for family and friends.
View Tribute Book
Javier Jorge Calderon Madison, Mississippi Javier Calderon, 38, passed away on Saturday, September 17th, 2022. He was born on May 11th, 1984 to Jorge and Leisyu Calderon in Fairfax, Virginia. Husband to Catie Calderon; Father to Brody and Sofia Calderon. Brother to Ricky and Kiomi Calderon. He attended Madison Ridgeland Academy, continuing his education at Southern Mississippi. Javi enjoyed learning many things and was a master at all of the things he would learn. Anyone that ever tried his cooking would attest to that. Javi’s life was cut too short to everyone, but his quality of existence far exceeded the life that most have lived. He was such a gentle, loving soul. This truly reflects who he was when he came into the world. He was the kindest and sweetest child. There was also something so venerable about him. This is what all of us felt that made us feel so safe with him. No matter who you were or what trial you were going through, he could always meet you where you were. He was a listening ear to many. There was a way about him that could make anyone feel at ease. He didn’t just show up for his wife, kids, friends, and family. He was creating a beautiful life with them in any way he could. He never did anything halfway. He was Santa on Christmas morning, staying up until 3 AM building toys for the kids, he spent hours teaching Brody how to throw a football, he would stay up all night cooking the best meal for his family and friends. He had tea parties with Sofia and would let her put makeup on him. He would drop everything for his friends and family to make sure there were okay. As a husband, he would spend hours talking to Catie whenever she was going through a trial and wouldn’t go to sleep until she had peace, he was the calm to her storm. He had everyone's back and didn’t give in, even when it was him against the world. In the face of adversity, he was grace. He was a fighter, he was magic, he was good. He made sure everyone around him felt like they were at home. He will be greatly missed by family, friends, colleagues, and neighbors. Visitation will be Friday, September 23, 2022 at Madison First Baptist Church from 10:00am until 11:30am with the funeral service to follow at 11:30am. Interment will be in Natchez Trace Memorial Park Cemetery.
Friday
23
September

Share Your Memory of
Javier
Upload Your Memory View All Memories
Be the first to upload a memory!
Share A Memory
Send Flowers
Plant a Tree