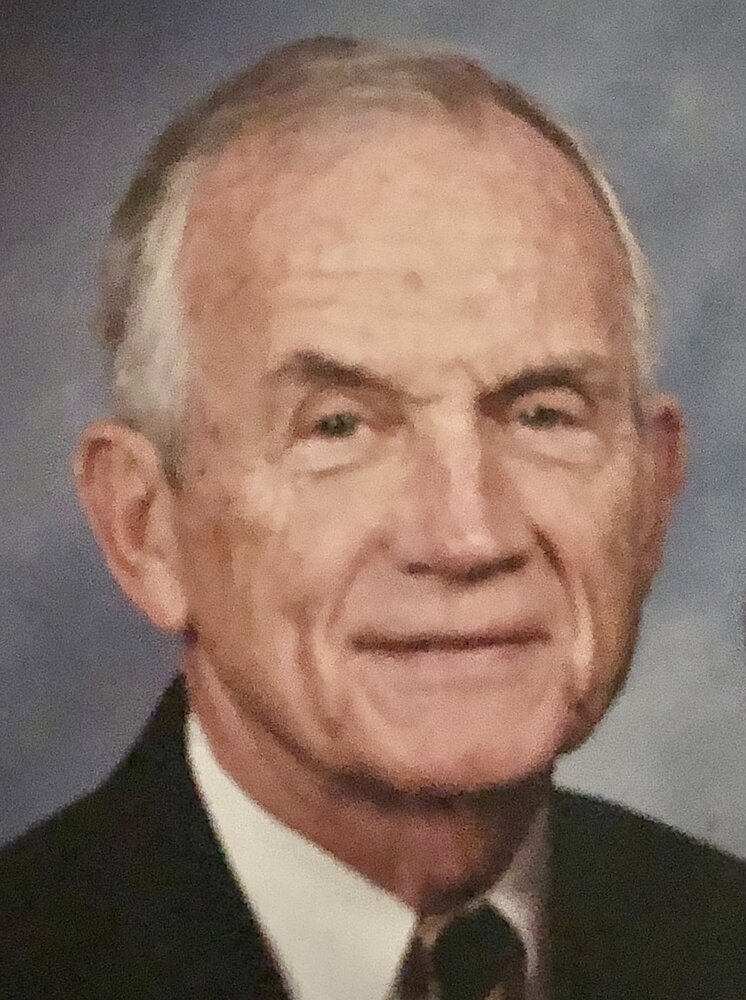 Please share a memory of William to include in a keepsake book for family and friends.
View Tribute Book
William Harold Steele, 95, passed away on Sunday October 16, 2022 in Jackson, MS with his family by his side and is now at peace. William “Bill” Steele was born on December 23, 1926 to Thomas N. and Eva Steele in Uniontown, PA. After graduating from high school he received his Bachelors degree from Pennsylvania State University and later went on to earn his law degree from West Virginia University. When he was a young boy in Pennsylvania he loved snow sledding down slippery steep hills and he wished to own a Flexible Flyer (the Rolls-Royce of sleds for a young boy), but never had the means during the depression era. Bill was always a hard worker and with the Flexible Flyer out of reach he began his first job as a paperboy, covering an extensive route that was exhausting in the thick snow of Pennsylvania winters. Later, he worked in a clothing store selling men’s clothes in Uniontown, where his outgoing personality and charm as a salesmen were developing. Before the rest of his business career flourished, he married the woman that helped him grow into the man he would become, Nancy Glisan. Bill and Nancy were both from Uniontown and after they married, moved to Bartlesville, OK where Bill continued working tirelessly for Phillips Petroleum Company. In 1961, the family moved to Jackson, MS where Bill and Max McDaniel started their own business, Capital 66 Oil Company. Bill and Max worked side-by-side as business partners for over 50 years. Bill’s work was important to him, but it was the friendships that he and Nancy built along the way that he truly valued. He was a pillar of Covenant Presbyterian Church from it’s infancy and his imprint on the church will live on forever. Serving as an elder, a deacon, and a member of the men’s choir, Bill was a man with a christlike charitable heart who was far more focused on giving than receiving. Though his church family meant the world to him, he was a family man through and through and always cherished his return trips back to Pennsylvania. In Mississippi he always prioritized his family, dropping whatever he was doing to listen or help. Cleaning the home and having dinner with Nancy, helping his daughter Anne refinish furniture, taking his son Scott for weekly lunch, and spending as much time as he could with his grandson Ryan. Teaching Ryan to play tennis when he was young, traveling together, and watching their favorite sports teams on television are just some of the examples of his family first mentality. He was always active and played lots of tennis at River Hills Club, and Stuart Irby’s home tennis court. As an avid gardener, his meditative time came during countless hours of yard work by honoring his yard and leaving no leaf unturned. Bill Steele’s yard was immaculate in it’s heyday, covered with technicolored flowers bursting with color that popped like a matte painting in a 1940’s film. Geraniums, his favorites, sprawled all over the front and back of the home. In essence, Bill gave life to things he touched. The flowers, the friendships, his family. He loved Christmas and lit up like a Fraser Fir on Christmas Day every year while covering the home with festive decor. Even though his birthday was December 23, it was the Christmas season that he loved most. Joy was spread all over, for all. Bill loved the film, It’s a Wonderful Life, and it’s message. Part of his wonderful life was time spent with Nancy. They had wonderful vacations together, spending lots of time in England. Bill’s love for her was immense. Bill worked along with Nancy and friends Carolyn and Max McDaniel, to create the Caro-Nan handbag business in the 1960s. At home he enjoyed watching the Pittsburgh Steelers, Ole Miss, and New Orleans Saints football, Atlanta Braves baseball, Wimbledon, Mash, Sanford and Son, Dick Van Dyke Show, Turner Classic Movies and any documentary covering WWII. He was also an avid reader of History and WWII books. Later in life, Bill finally got that Flexible Flyer, his daughter Anne having found one for him in an antique store. This nostalgic object brought back memories of his life, much like the sled engraved with “ROSEBUD” did in the film Citizen Kane. For Bill, a sled engraved with “GERANIUM” would have been more fitting! He lived a full life by letting his wants, needs and desires fall away and instead filled his world with kindness, generosity and love. Bill is survived by his daughter, Anne and her husband Dr. Rusty Riley, grandson Ryan Riley, sister Marjorie Bierer, daughter-in-law Judy Steele and many other nieces and nephews. He was preceded in death by his wife, Nancy Steele, son, Scott Steele, father, Thomas N. Steele, mother, Eva Zebley Steele, and siblings Thomas R. Steele, Richard A. Steele, Jack N. Steele, and Geraldine Flanary. A service for Bill will be held on Tuesday, October 25, 2022 at Covenant Presbyterian Church located at 4000 Ridgewood Rd. Jackson, MS 39211. The visitation will begin at 10am, followed by the funeral at 11am with entombment in the church columbarium afterwards. In lieu of flowers, memorials in his name may be made to Covenant Presbyterian Church, the Animal Humane Society, or the Wounded Warrior Project.