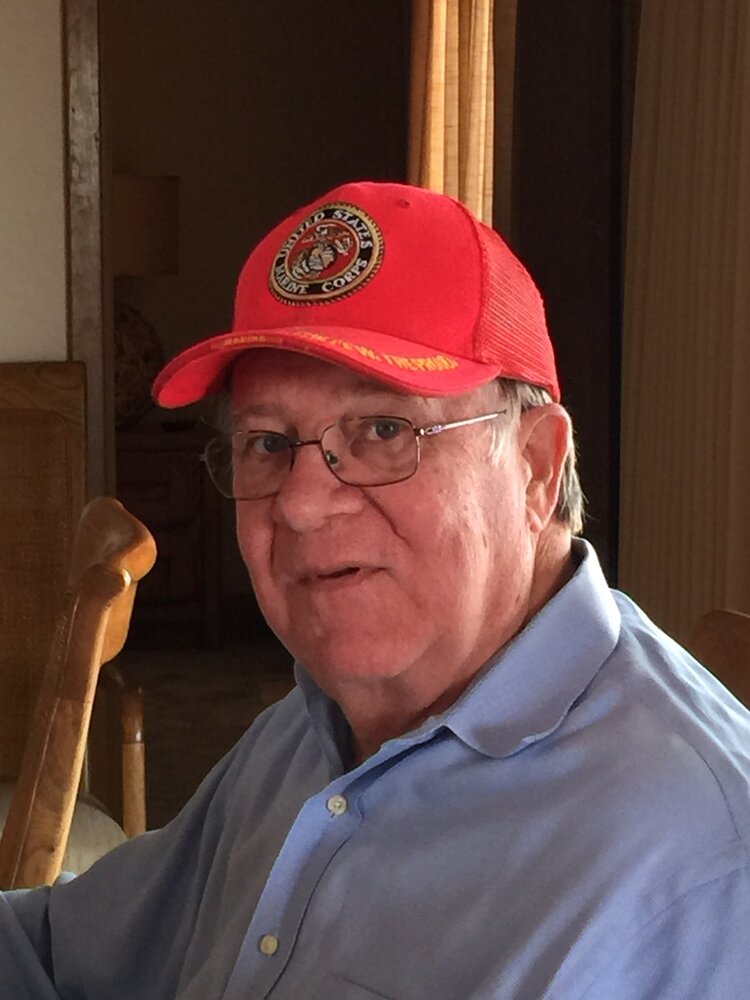 Please share a memory of Jeff to include in a keepsake book for family and friends.
View Tribute Book
With sadness, the family of Jeff Adcock announces his death. Jeffrey Adcock was born Feb 4, 1948, the only son and a later in life surprise to Lester Robert and Virginia Battley Adcock. He grew up on West Washington Street in Ridgeland, MS as the adored baby brother of his sisters Elise and Anita and under the watchful eyes of his grandmother Blanche DeVelling Battley. Jeff graduated from Madison-Ridgeland High School in 1966 after several successful football seasons as number 22. His entire life was positively affected by the example and teaching of Coaches Howard Willoughby, Billy Earnhart, and Jerry Henderson. In 1972 Jeff graduated from Mississippi State University with a battered cowbell, many stories to tell and retell, a degree in accounting, Dean’s list status, and two friends who would be staunch and loyal buddies for life, David Dodds and Don Schmidt. In his professional life Jeff was a CPA, and his tax and accounting advice was valued by many clients. He maintained memberships in the MSCPA and the AICPA and was a trusted mentor and co-worker. He did everything in what his children call “the Adcock way”: be on time, be honest in all matters, and treat all people with respect. He was proud of his service in the United States Marine Corps Reserve beginning in 1970 and his participation in the American Legion’s Boys State. Jeff found joy in hunting and hunting trips, feeding and watching the deer, mountains, Pacific Island trips, his show cow Lady, Super Bulldog Weekend, the 2021 College World Series, Morgan Williams’ 2 point shot in the Final Four in 2017, a good cigar, W E B Griffin books, old Camaros, his favorite pair of Lucchese boots, Snickers, small groups of friends, car and truck shopping, an occasional nip of George Dickel, those off the grid videos, the Fryemont Inn, and office supplies. Jeff was preceded in death by his parents and grandparents, his sister Elise Adcock Minor and her husband Ed, his granddaughter Battley Catherine Terhune, and a nephew Robert Beaton. He is survived by his wife of 46 years Gwen Moffitt Adcock, his daughter Catherine Adcock Terhune, his son Forrest Adcock, his sister Anita Adcock Beaton and her husband David, his grandsons Hayden Adcock and Jay Michael Terhune, his brother-in law and sister-in-law Tom and Beverly Moffitt, 1 niece, 4 nephews, and many friends. Visitation will be held at Natchez Trace Funeral Home on Thursday, October 27th from 5-7pm. A Memorial Service will be held at the First United Methodist Church Ridgeland, where he was a member and served in many roles, on Friday, October 28th at 11 am. He will be laid to rest at Jessamine Cemetery. Jeff would be humbled by memorial gifts to FUMC in Ridgeland at 234 West Jackson Street, Ridgeland MS 39157, or the Central MS Chapter of the USMC Toys for Tots Foundation at their website toysfortots.org or by mail at 250 VanDoren Street, Pearl MS 39208.
Thursday
27
October

Share Your Memory of
Jeff
Upload Your Memory View All Memories
Be the first to upload a memory!
Share A Memory
Send Flowers
Plant a Tree