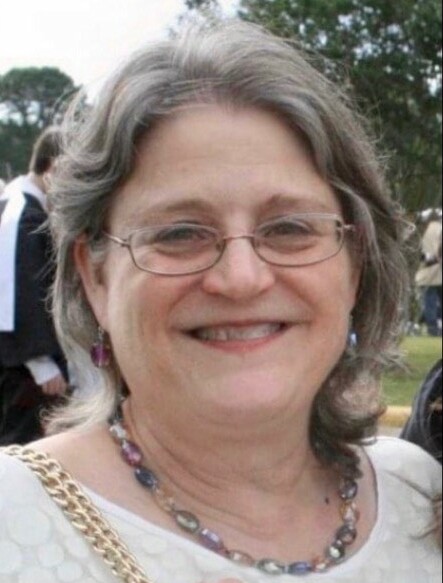 Please share a memory of Alice to include in a keepsake book for family and friends.
View Tribute Book
Alice Marie James Lott, also known as "Macah" by her grandchildren, was born March 28, 1960, in Jacksonville, Florida, to Ed and Mary Lou Badgett James. She graduated from Tupelo High School and went on to earn her master’s degree from Mississippi State University in chemical engineering. She was an engineer for Proctor & Gamble in Memphis, Tennessee, before becoming a full-time mother. She taught math at Forest Hill High School and Wingfield High School in Jackson as well as Canton Middle School. Alice died unexpectedly on Sunday, November 27, 2022, at University of Mississippi Medical Center in Jackson. Her passion for thrifting turned into a part-time business after she left teaching. She was a member of Colonial Heights Baptist Church and took comfort in her friends from Sunday School. She enjoyed drinking a warm cup of tea while reading any book she could get her hands on. Some of her favorites were her grandchildren’s bedtime stories which she enthusiastically read with different voices. Alice is survived by four daughters, Rebecca Lott Kapustka (Guy, II), Rachel "Rei" Lott, Jessica Lott Lester, and Jennifer Lott; her grandchildren, Avery Lott, Lesa Kapustka, Guy Michael Kapustka, III, Hagen Lester, Easton Lester, and Mia Grace Lester. She is also survived by her father, Ed James, and his wife Peggy James; her sister, Debbie Hutchins (Terry); her brother, Eddie James, Jr. (Shannon); a host of nieces and nephews; and her beloved pets, Bliss, her dog, and Peppa, her cat. Alice was preceded in death by her mother, Mary Lou Badgett James. Visitation will be held at Natchez Trace Funeral Home on Thursday, December 1, 2022, from 12:30 p.m. until 2:00 p.m. with a memorial service in the funeral home chapel at 2:00 p.m. In lieu of flowers, donations can be made in her memory to Dolly Parton’s Imagination Library or by picking an angel from the Salvation Army Angel Tree.
Thursday
1
December

Share Your Memory of
Alice
Upload Your Memory View All Memories
Be the first to upload a memory!
Share A Memory
Send Flowers
Plant a Tree