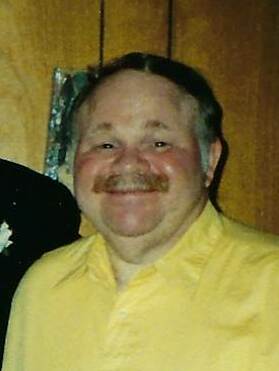 Please share a memory of William to include in a keepsake book for family and friends.
View Tribute Book
William Carlie Hill, Jr., was born in Biloxi, Mississippi on March 16, 1952, and is the son of William Carlie Hill and Oleta Mae Lewis Hill. Carlie Jr. went to be with his Lord and Savior on Monday, December 12, 2022. Carlie, Jr. was first saved by Rev. Landrum Leavell at First Baptist Church in Gulfport, MS, was later a member of Woodland Hills Baptist Church in Jackson where he participated in the Singing Hands Choir, then joined Pinelake Church where he was involved with the church ministry for the deaf. Carlie Jr. enjoyed playing basketball during his school years and graduated high school from the Mississippi School for the Deaf in 1972. He was blessed to have worked for more than 30 years with the postal service. Carlie Jr. worked alongside his father, Rev. William Carlie Hill, for many years in their ministry to serve the deaf community. Carlie Jr. is known through the state for his works, including his involvement with the Mississippi Baptist Conference for the Deaf, the Mississippi Association for the Deaf, and many deaf camps in Mississippi, Louisiana, and Texas. Carlie Jr. was also an avid sportsman who enjoyed deer hunting. Carlie Jr is preceded in death by his father, William Carlie Hill. Survivors include his mother, Oleta Mae Lewis Hill of Jackson, sisters, Debra Hill Dykes and her husband George Dykes of Pearl and Darlene Hill Jezek and her husband, Brent Jezek of Gulfport; brother, Gregory Hill of Pearl; two nieces, Lorene Codopony and Lindsey Jezek and many friends in the deaf community. An evening visitation will be Friday December 16, 2022, at Natchez Trace Funeral Home in Madison from 5:00pm until 7:00pm and again on Saturday from 1:00pm until 2:00pm. The funeral service will be at 2:00pm in the funeral home chapel with interment to follow in the Natchez Trace Memorial Park Cemetery.
Saturday
17
December