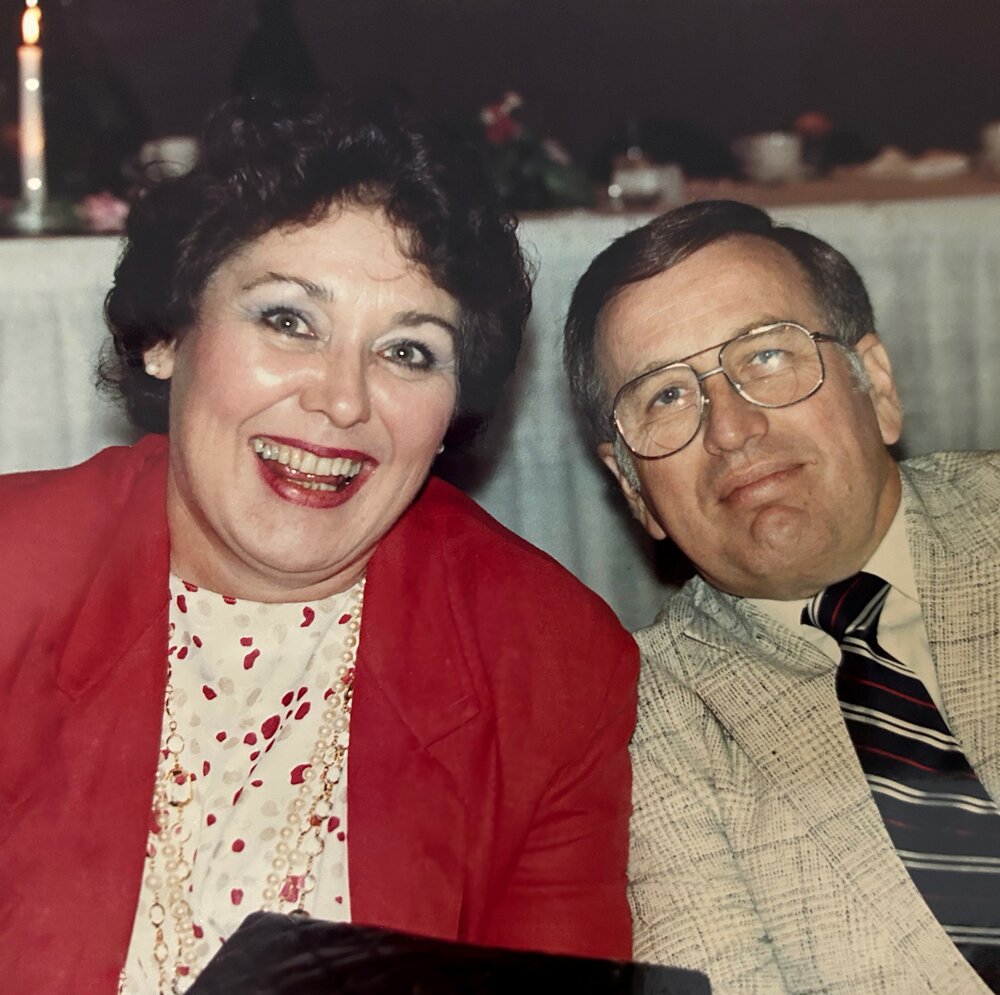 Please share a memory of Patricia to include in a keepsake book for family and friends.
View Tribute Book
Patricia Anne Brewer Muller age 80 passed away Tuesday December 13, 2022. Pat was born December 14, 1941, in Los Angeles California to Edwin Lee Brewer and the former Anne Frances Morrissey. She was a 1959 graduate of St Mary’s Academy and attended UCLA. As a child she enjoyed many activities including camping in the mountains with her sisters and brother. On October 28, 1961, she married the love of her life Robert (Bob) Howard Muller in Los Angeles, CA. Over the next several years they moved from LA to Inglewood then Hunting Beach, California as their family grew with the joyful addition of 3 children Robert John (1/30/1963), Cynthia Anne (9/9/1964) and Carolyn Marie (10/26/1965). In 1969 Bob was transferred from California for new adventures in New Orleans, Louisiana. Upon arriving they immediately had to terrifyingly ride out Hurricane Camille which brought down the backyard shade trees. Quite a change from sunny Los Angeles, but Pat would go on to enthusiastically embrace southern culture. While in New Orleans Pat & Bob made many new friends and heartily embraced an exciting social lifestyle. In New Orleans Pat expanded her cooking repertoire discovering the Gumbo and Red Beans recipes her children, grandchildren and friends would relish all of their lives. After four years of New Orleans liveliness, Bob was promoted, and the family tearfully left for Rochester, Michigan. After a brief stay there, Bob was again promoted and transferred (thankfully back to the south) to Jackson, Mississippi in 1974. Throughout her life Pat participated in her husband and children’s many goings-on. She was a den mother for the boy and girl scouts, volunteer at St Dominic’s, PTA participant, Ladies Fleet Captain at the Jackson Yacht Club and involved in many other activities. Pat was an accomplished seamstress from a young age, crafting clothing for herself, her children, a white suit for Bob and eventually the public. In addition to sewing she also excelled at cooking, always excited to try out new recipes and dishes to serve her family and friends. When her children got older, she decided to expand her horizons and enjoyed several management positions at MS Farmer’s Co-op as well as MobileComm. She enjoyed traveling with Bob all over the US as well as Europe, she especially loved their trip to Paris to enjoy the culture as well as shopping! After Bob’s retirement she spent long hours gardening and knitting while making new friends in her knitting club but mostly she loved spending as much time as possible with her four grandchildren. She is survived by her beloved husband Bob, children Robert (Margaret King), Cindy Muller and Carolyn Muller Callahan (Danny) and grandchildren Robert David Muller (Jeanne), Lindsay Ann Muller, Christopher Lee Callahan, and Stephen Daniel Callahan. She is also survived by all of her brothers and sisters: Anne Theresa Morley (Greg), Cecelia Marie Brewer Wright, Mary Jane Brewer, Edwin Lee Brewer (Carole) and Daniel Joseph Brewer (Uvonne) and many nieces and nephews. Please join us on December 30, 2022, at St. Francis of Assisi Catholic Church, Madison, MS for the visitation at 10:00 am and Funeral Mass at 11:00 am. In lieu of flowers, please consider a donation in Pat’s memory to St. Francis of Assisi Catholic Church, Madison, MS.
Friday
30
December

Share Your Memory of
Patricia
Upload Your Memory View All Memories
Be the first to upload a memory!
Share A Memory
Send Flowers
Plant a Tree