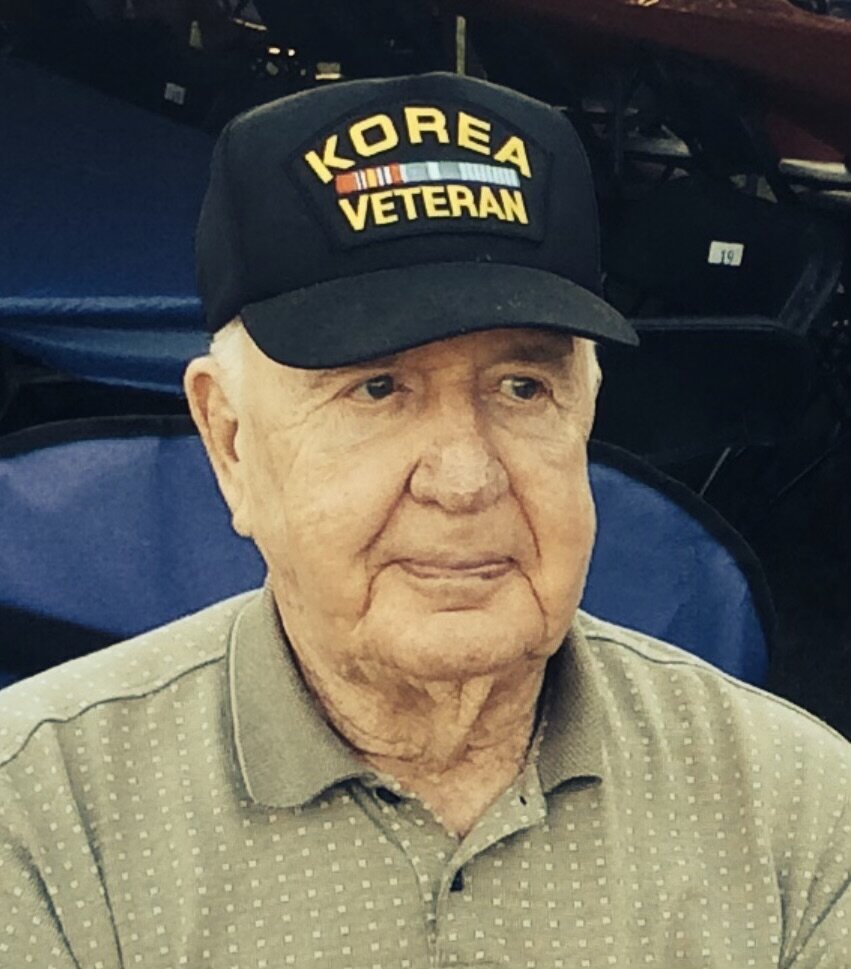 Please share a memory of Julius to include in a keepsake book for family and friends.
View Tribute Book
Julius “Fred” Sanders Jr. was the only son of J.Fred Sanders and Annie Sims Sanders. He was a lifetime resident of the Jackson MS area. Fred attended Power Elementary, Bailey Junior High, and Central High School. He enjoyed playing football in his junior and senior high school days. After high school he attended Hinds Jr. College until he enlisted in the Army reserves and was activated. Fred served in the Army as a Corporal during the Korean War. On leave, he returned home and married his high school sweetheart, Billie Sue Hallman on New Year’s Eve December 31, 1950. Their first date was in 10th grade and together they share three children. Upon discharge from the Army he joined the City of Jackson police dept and served for 20 years, retiring as Detective Lieutenant. He was part of the team that started the narcotics bureau for the Jackson Police Dept. After retiring, he joined the VAMC in Jackson as Chief of Police, as a federal police officer, where he served 18.5 yrs. He then joined UMMC in Jackson and served as Chief Investigative Officer and Testing Officer until full retirement. He won many awards in pistol matches and earned the title of a Master Shooter. He enjoyed fishing and refereeing high school football games. Fred was preceded In death by his parents and son, William Fred (Bill ) Sanders. He is survived by: his wife of 71 years, Billie Sue Sanders, two daughters, Laura Beth (Johnny) George and Suan (David) Pursell, seven grandchildren, eleven great grand children and two great great grand children. He loved his Lord and Savior Jesus Christ, his family, his friends and his country, and we loved him. Visitation will be Saturday June 11, 2022 at Natchez Trace Funeral Home from 1:00pm until 2:00 pm with a funeral service at 2:00pm. Interment will follow in Jessamine Cemetery in Ridgeland.
Saturday
11
June

Share Your Memory of
Julius
Upload Your Memory View All Memories
Be the first to upload a memory!
Share A Memory
Send Flowers
Plant a Tree